Members of the special commission of Russia's Federal Space Agency Roscosmos investigating into the causes of the recent depressurisation of the Soyuz MS-09 spacecraft came to conclusion that American astronauts could intentionally drill a hole in the coating to bring back their sick colleague back to Earth ahead of schedule. 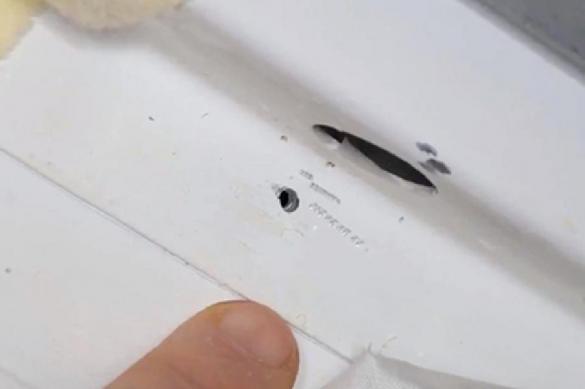 Roscosmos asked NASA to provide health reports for US astronauts and the data from their video cameras. Chances to obtain such information are extremely small, because this type of information is regarded as medical secrecy.

If the above version of the incident is confirmed, Russian-American relations may sink to new lows. Against the backdrop of the aggravation of relations between the two countries, space has so far remained practically the only sphere where it was possible to maintain fruitful cooperation between Russia and the United States.

Roscosmos officials refused to comment on the above-mentioned version. Vladimir Ustimenko, an official spokesman for the agency, said that Roscosmos will not discuss any insinuations until the special commission exposes the results of its work.

The incident on board the International Space Station took place on August 30, when pressure on the docked Soyuz spaceships started falling. The crew found a small hole in the shell of the spacecraft and fixed the problem with the help of epoxy resin. On August 31, astronauts strengthened the patch with an additional layer of sealant.

A few days later, Roscosmos representatives said that the depressurisation of the spaceship occurred due to a manufacturing defect. Russian Space Corporation Energia launched an internal investigation into the incident with the participation of a special commission of Roscosmos.

On September 4, the head of Roscosmos, Dmitry Rogozin, did not exclude a version of sabotage on the ISS. Cosmonaut Maxim Suraev, who spent 167 days on board the ISS in 2014, supported such an assumption. "Maybe, someone was very tired of flying in there, and they wanted an early descent. They drilled a hole, and if it hadn't been found, the crew would have returned back to Earth ahead of schedule," he said.

The day before, Rogozin told reporters at the Eastern Economic Forum in Vladivostok that the results of the investigation conducted by the special commission of Roscosmos have not provided an objective picture of what happened. "The situation has turned out to be much more complicated than we thought before," the head of the state corporation admitted.

For the time being, it is believed that the hole in the coating of the Soyuz spaceship appeared after the vehicle docked to the ISS. Around the hole, there were traces found indicating that someone was trying to drill the hole several times. The drill could leave such traces on the shell of the spacecraft when used in vacuum.

There are six people living on board the ISS at the moment: Andrew Feustel, Richard Arnold and Serena Aunon-Chancellor (all US citizens),  Alexander Gerst (Germany), Oleg Artemiev and Sergei Prokopiev (Russia).