Hole in Soyuz spacecraft found on ISS was 'made in Russia'

The depressurization of the Soyuz MS-09 spacecraft had occurred before the ship was launched into space. 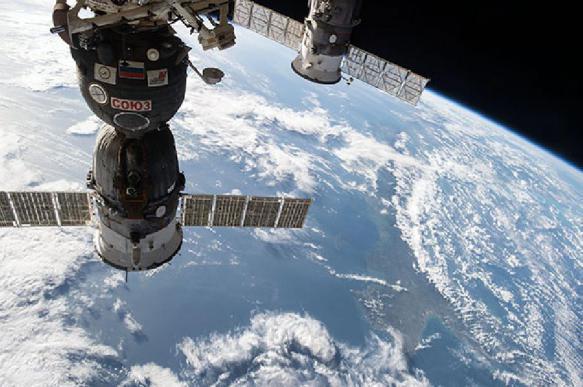 Several days ago it was reported that astronauts found a hole in the Russian segment of the International Space Station that was leaking air. One of the astronauts plugged the hole with his own finger before sealing the hole with a nylon ribbon to stabilise pressure on board the ISS. The hole posed no threat to the crew, but it had to be fixed.

According to updated information, the 2-millimeter (0.08-inch) hole appeared in the spaceship when the Soyuz was being built. Reportedly, an employee made a mistake, but it was decided to fix the problem with the help of glue. When it space, the glue plug reduced in size and popped out.

It was said that those guilty of the incident have been found and will be punished accordingly.