On February 6, Elon Musk made "one giant leap for mankind" when he launched the super rocket Falcon Heavy with a Tesla Roadster on board. Two of the boosters returned to Earth and made a spectacular synchronised landing. However, the central booster crashed into the ocean upon its return as only one of the three engines was activated. 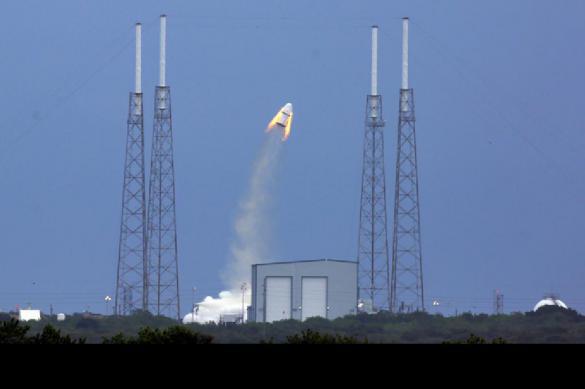 After the launch, President of the United States Donald Trump congratulated SpaceX and its leader Elon Musk on the successful launch of the ultra-heavy carrier rocket.

The launch of the Falcon Heavy was conducted as a test flight, so the only payload on board the rocket was an electric Tesla Roadster car with a mannequin dressed in a spacesuit manufactured by SpaceX. During the launch, the car audio system was playing David Bowie's classic "Space Oddity."

In Russia, many were impressed with the launch of the Falcon Heavy rocket. Specialists acknowledged that it was a beautiful show, which also marked a very important step in the development of the modern space industry. Skeptics joke, however, that Elon Musk has buried the Russian space industry because he can sell. In fact, Musk, with the help of a very wealthy state, is exploiting man's dream about the bright technological future. At the same time, many noted that it had not been even 50 years since the moment when the same state had sent a man to the Moon. The rocket was more powerful and more advanced, but these days, for some reason, the States has no manned space projects.

Pravda.Ru requested an expert opinion on the subject from Ivan Moiseyev, the Scientific Director of the Institute for Space Policy in an attempt to find out whether the launch of the Falcon Heavy was a beautiful show of a lonesome genius or a serious step in space exploration for all mankind.

"This is a serious step indeed. This rocket is twice the size of any other rocket that the world has today. On the basis of this rocket, Musk can increase the payload and use it for the purposes that other modern rockets are unable to do."

"What does this mean for the development of the space industry in practical terms?"

"Satellites in the first place. The military will certainly be interested in it. Elon Musk will be able to launch several satellites into orbit at a time. His rockets are more reliable than Russia's Proton space rockets."

"Do you think that SpaceX is now a competitor to Roscosmos?"

"During the last several years, Russia's Roscosmos has been losing the game to SpaceX in terms of launching commercial cargo into orbit. SpaceX has been increasing the pace of its launches steadily. Russia has a limited number of commercial launches, so one can say that we are losing the competition."

"How do you assess the potential of the Russian space industry?"

"There is a potential, of course. Russia's space rockets are cheaper, so it is up to the marketing group of Roscosmos to find new clients and make new deals. Of course, Russia should pay a lot of attention to the technical part of its space projects, because we have had many accidents. One should look for new clients and improve reliability at the same time, but this is routine work that they have to do."