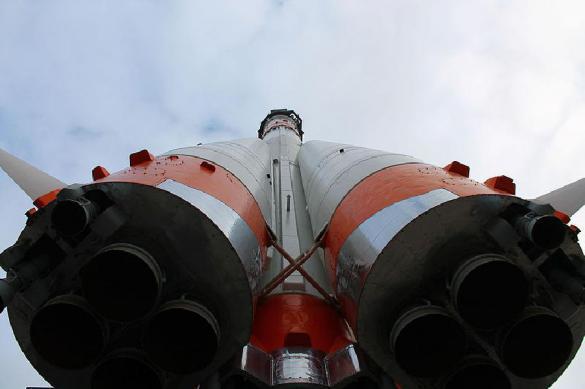 According to the project, the unification with the Soyuz-5 spaceship will make it possible to launch the future domestic rocket from Baikonur, Vostochny cosmodromes, as well as from a floating cosmodrome in the Pacific Ocean.

The project, which is the development of engineers of Energia Space Corporation and Progress Space Center, is to be completed in late November. The new rocket will be very important for Russia to keep its position on the market of space services.

The new rocket, experts say, will be able to land independently, similarly to the Falcon 9 of SpaceX. In the USA, two private companies have already developed rockets, the first stages of which land after takeoff. Two years ago, Blue Origin tested a single-stage light-weight carrier rocket.

In 2017, SpaceX held 16 launches of Falcon 9 rocket, and three of them were conducted with the repeated use of previously launched stages. At the same time, well-known entrepreneur Elon Musk has built his multibillion-dollar empire with the help of billions of state subsidies.

Not that long ago, the SpaceX administration said that the earlier announced benefit of the reusable  Falcon-9 rocket was overestimated. The rocket, as it turns out, can only save up to ten percent of all costs.

Experts believe that the Falcon rocket is a look back to the 1960s, because the US rocket is comparable to the Soviet Proton M rocket, which the USSR developed in 1965. In addition, the USSR started developing reusable space engines in 1976 and finished the work in 1980.

In fact, Elon Musk sells "well-forgotten" old ideas to NASA under the guise of unprecedented innovations, fools the US government for a few billions of dollars, and now he plays the game of spaceships that fall and explode every other time and do not bring any economic benefit. Yet, the whole project looks innovative, expensive and great.

"Musk promotes his superprojects and innovations which he implements at the expense of the state budget against the background of massive PR campaigns. He brushes aside some of his projects and comes up with new ones immediately, like the colonisation of Mars. As long as the government sponsors his ideas, the show will go on," bloggers wrote.

The US Dream Chaser shuttle has recently conducted its first successful landing. According to NASA website, the compact shuttle was designed on the basis of the US orbital plane HL-20, which, in turn, was based on the model of the Soviet unmanned BOR-4 missile.

According to developers, the Dream Chaser will be used to deliver cargo and crews of up to seven people to near-Earth orbit. The first flight to the ISS is scheduled for 2020.

Soviet BOR spacecraft were known as "unmanned orbital rocket-propulsion vehicles," one of which (MiG-105) was tested at an altitude of 100 kilometres in 1969.