Many military expiters have been comparing the US third generation anti-tank guided missile system FGM-148 Javelin with the Russian Kornet recently. In Russia, many assumed that the US-made weapon, which has been delivered to Ukraine, will be of no efficiency for the Kiev regime. In a nutshell, the Javelin is an expensive suicidal weapon. 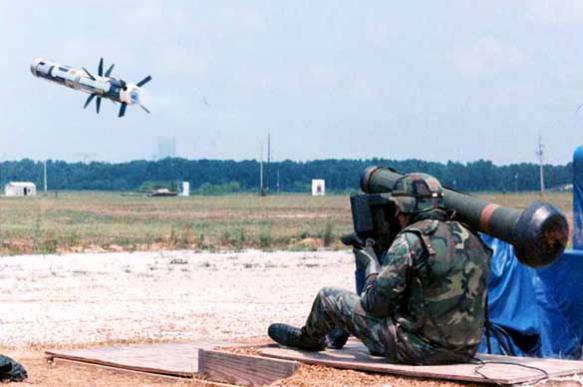 The anti-tank Javelin guided missile system is a defensive weapon. Even if we imagine that Russian tanks would roll into Kiev, the anti-tank missile system from the USA would not be able to stop a column of T-90AM or even beat up T-72.

A Javelin system can be aimed at a target effectively from a distance of not more than two kilometres. Before firing a projectile, one needs to use liquefied gas to cool the missile homing head equipped with a thermal imager. This process takes at least 30 seconds. At the same time, to produce a shot, one needs to perform at least four other operations, let alone the actual aiming at a dynamic target.

The word "dynamic" is not redundant here, as tanks are usually used on a fairly flat terrain. In the event the operator performs all the above-mentioned manipulations with a Javelin complex in the immediate vicinity of an approaching tank, it is easy to predict that the process will lead to the permanent loss of the operator.

The tank speed is no secret to anyone, so the question is about finding a well-trained kamikaze ready to sacrifice himself while trying to fire at the tank.

At the same time, firing a shot from a Javelin complex from a distance exceeding 2,5 kilometres is technically impossible. Obviously, launching a missile from a distance of less than one kilometre kills any hope for a serviceman to survive this "hour of glory."

The Javelin system, which comes as a replacement to the US-made good old M47 Dragon from the 1980s, has another big flaw. The thermal imaging matrix may easily set operators up. Such a missile does not distinguish a target from the general thermal background of the terrain, if the object has a stable infrared spectrum signature. In other words, the Javelin system may not detect a stationary target and take it for natural terrain.

In addition, a consecutive shot of two missiles on one target from this third-generation weapon disorients the second missile, which will not be able to capture the target because of the thermal trace from the first missile.

It just so happens that the Javelin system is expensive ($80,000 each), inaccurate, and inefficient.

For comparison, the Russian anti-tank guided missile Kornet is capable of shooting missiles from a distance of up to ten kilometres. The price of one system is about 30,000 dollars, and it comes with the missile. The confirmed armor-piercing of the system is 1,000-1,200 mm. The Russian system uses laser-based target designation, which excludes thermal interference. Of course, the laser beam unmasks the position of the operator, but it is unlikely that the operator of the Russian anti-tank guided missile will be more vulnerable than the Javelin operator. To crown it all, the training process for the use of the Kornet is a lot simpler than that of the Javelin. 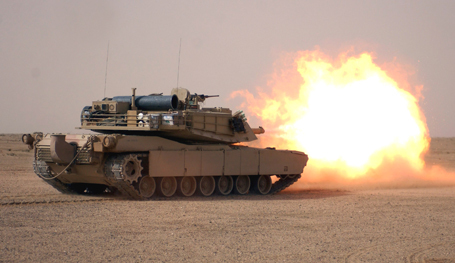 8 Photo Abrams tanks: Too old to be new

Russian Armata strikes fear into Europe
14:51
Best pilot of Ukraine Air Force killed under unknown circumstances
14:37
Russia prepared to terminate diplomatic relations with USA on one condition
20:57
Video shows moment of Salman Rushdie attack
19:16
Russia will face serious sanctions as USA will not recognise Donbass referendum
18:57
USA successfully empty European armouries having supplied all weapons to Kyiv
18:21
Chechen war veteran who now works as drag queen sings Russian anthem in a gay club
15:49
14-year-old hockey player dies as puck hits him in the chest during training
15:30
Video: Apartment building partially collapses in Omsk
19:52
10,000-strong group of the Armed Forces of Ukraine melts away inconspicuously
19:39
Strategic Culture: Russian Navy threatens NATO in nine seas at a time
World
The Guardian reveals when the West will stab Ukraine in the back