100 years on, is Spanish Flu coming back? 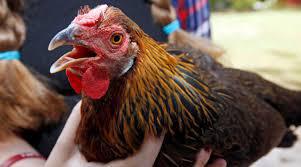 Influenza A H1N1, or Spanish flu, killed between fifty and one hundred million people between 1918 and 1920. The avian flu virus currently has two strains endemic in the PR China and both are considered by the experts to have the potential to present serious problems to the human population. In the event of a pandemic, what will the authorities do?

What do the letters and numbers mean?

There are four types of flu, denominated by the antigenic type A,B, C or D. Major human influenza outbreaks are within the A and B category (C produces minor respiratory illness and D is restricted to cattle). Influenza vaccines concentrate on types A and B. Pandemics occur when the antigen A mutates and creates a new strain of flu. The Influenza virus has two proteins on its surface (which attach to human cells), these being the Hemagglutinin H and the Neuraminidase A. There are 18 types of Hemagglutinin and 11 types of Neuraminidase, hence the strains H 1...18; N1...11).

The new type of H1N1 virus which appeared in 2009 (Influenza 2009 A H1N1), commonly known as Swine Flu, was the last major pandemic and the first for around four decades at the time. It is far more common for Influenza viruses to make a species leap from pigs to humans than between birds and humans, while they can jump from birds to pigs and then from pigs to humans. The Spanish Flu pandemic of 1918-1920 was a subtype of the Avian or Bird Flu virus A H1N1.

Avian Flu - where things get serious

In 2013, Dr. Donald Kaye wrote an article in Infectious Disease News "Avian influenza: A comparison of A (H5N1) and A (H7N9)" in which he claimed that both strains of avian flu were circulating and "Both strains have pandemic potential, as there havd been no human experience with either of the hemagglutinins, H5 or H7".

Dr. Kaye pointed out that while both strains started in the People's Republic of China, at the time H5N1 had shown its ability to spread to multiple countries but H7N9 had not. Like Spanish Flu, H5N1 affected mainly healthy younger adults, and proved to be highly pathogenic or contagious in flocks of birds, while H7N9 proved to be less pathogenic among birds (most birds infected are asymptomatic, or without showing symptoms) and affected mainly older humans (over 60s) and was dangerous in cases where there were already underlying diseases.

Human-to-human infection of H5N1 tended to be between blood relations (parent-child; between siblings) rather than between non-blood relations such as husband and wife. This phenomenon has not so far been observed in cases of H7N9. The mortality rate for H5N1 is around 60%, while the rate for H7N9 is half that, at 30%.

However, Dr. Kaye predicted in his article that "H7N9 is potentially more dangerous as it circulates asymptomatically in poultry and is therefore not obvious when it infects a flock". He concluded that "we just don't know enough about its evolution yet to breathe a sigh of relief".

Fast forward to  2017. Until January 9 2017, the National Health and Family Planning Commission of the PR China had reported to the World Health Organization 106 laboratory-confirmed cases of... Influenza A H7N9, since November 2016. In total since 2013 there have been 916 confirmed cases reported.

The last patient reported was a 62-year-old man who presented symptoms on January 1 and died on January 6, having had no recent exposure to poultry. Of the 106 cases reported as from November 22, 2016, 80 had contact with poultry and 26 did not, so we can conclude that around 20 per cent of the cases are through human-to-human transmission. This is further confirmed through the infection of healthcare workers.

What is being done?

Increased vigilance, increased control measures, strengthened early diagnosis and treatment, investigations, closure of markets, information sharing. From the WHO, more of the same, as we saw before, during and after the 2009 A H1N1 pandemic, which fortunately had a mortality rate at the higher end of the normal spectrum.

Namely, declaring that a spike in influenza cases is normal for December and January, stating that most cases are from contact with poultry (most but not all), stating that further cases can be expected but that sustained transmission between humans is unlikely (but not impossible), declaring that "because there is the potential for significant public health impact, it needs to be monitored closely".

Travelers should avoid poultry farms and should not enter areas where birds are slaughtered, or touch areas contaminated with poultry faeces. As if that is what tourists do. No screening at points of entry, no travel restrictions, no quarantine.

If increased quarantine procedures proved effective in restricting the mortality rate of Spanish Flu one century ago (strict quarantine in New Caledonia, Pacific Region, was the reason why this territory was one of the few on Earth with a death rate of zero), it appears that either we have learnt absolutely nothing as we wait nonchalantly for a pandemic to appear, or else the pharmaceutical lobby is that powerful that the authorities prefer to stand back and watch as the world population becomes infected with viruses more deadly than the Black Death, for the pharma lobby to swing into action with their vaccines and make a pretty penny.

After a third of the world's population has been wiped out? Watch this space, and do not say you were not warned.