Predictions for the so-called "end of the world" appear on a regular basis, almost every year, and the new year 2017 is no exception at this point. According to recent reports, the world will cease to exist in October of 2017, when planet Nibiru rams into Earth. The sensational announcement was made by well-known scientist David Meade, who described his theory in the work titled "Planet X: The 2017 Arrival". 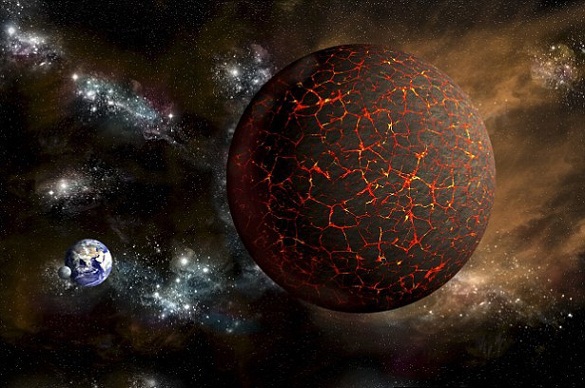 The Earth has recently experienced a number of major catastrophes and earthquakes that have created multiple cracks and cavities in the earth's crust. According to David Meade, the date of the end of the world is no news for the scientific world at all, but it is not allowed to expose the information to the public to prevent panic.

The collision with another planet will destroy Earth completely. However, there are many of those, who build bunkers in a hope to survive the global catastrophe, the scientist said.

NASA representatives believe that statements about the impending end of the world are nothing but myths. Planet Nibiru is nothing but an Internet hoax. Astronomers say with certainty that there are no factual grounds for the gloomy predictions. If either Nibiru or Planet X were real and if they were heading towards the Earth, one could already see it with the naked eye.

Scientists and pseudoscientists make apocalyptic predictions almost every year. Yet, the world continues to exist. Interestingly, the first mentioning about the end of the world dates back to 2800 BC. An Assyrian tablet found in Mesopotamia had the following inscription on it: "Our Earth is degenerate in these later days; there are signs that the world is speedily coming to an end; bribery and corruption are common; children no longer obey their parents; every man wants to write a book and the end of the world is evidently approaching."

Panic and horror gripped all of Europe in the year 1000 after the birth of Christ. Most people were praying and awaiting the Second Coming of Christ and the Last Judgment.

Further "doomsday" predictions would then be made once in 100 years. Since 1999, however, predictions about the end of the world started to appear almost every year. The most "exact" date for the global disaster was believed to be the Mayan calendar date - December 21, 2012. The new date has now been set for October 2017.