Russian Health Minister Veronika Skvortsova said in an interview with Russia 24 TV channel that Russian scientists were testing a new drug against cancerous diseases. The drug has demonstrated "a fantastic result for the elimination of metastatic melanoma," the minister said. 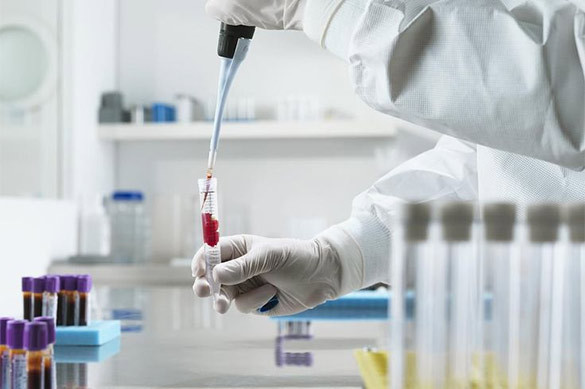 For the time being, the scientists conduct the second stage of clinical tests of the drug that has already demonstrated its effectiveness in the fight against several types of malignant tumours and their metastases.

The minister noted that Russia has "learned to make targeted drugs to block the development of a tumour."

Earlier, it was reported that scientists also develop a technique to treat cancerous tumours with the help of a collider in the Moscow region. The collider will be ready in 2023, when all of its four 200-meter rings are installed. The first tests, however, are to be conducted in 2018.

Scientists of the whole world have been trying to create a cure for cancer for decades. Medical specialists at Stanford University have recently discovered that iron nanoparticles may boost the human immune system to make the human body attack and destroy cancer cells.

"It was really surprising to us that the nanoparticles activated macrophages so that they started to attack cancer cells in mice," said Heike Daldrup-Link, senior author of the study, an associate professor of radiology at the School of Medicine said.

Canadian scientists announced that cancer cells "hide" from the immune system of the body. This leads to metastases and the growth of cancer in the body.

"We discovered a new mechanism that explains how metastatic tumours can outsmart the immune system and we have begun to reverse this process so tumours are revealed to the immune system once again," Professor Wilfred Jefferies, of British Columbia University, said.