According to the Advanced Studies Foundation, Russia is one of the world's leaders in the development of materials for hypersonic aircraft. 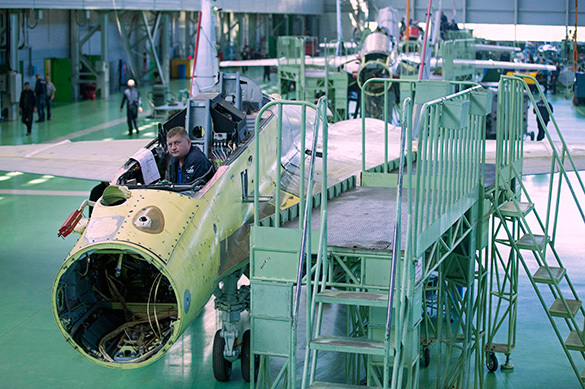 The material is supposed to withstand extreme temperature of up to 1,500 degrees Celsius for a long time. Russia already has developments in carbon-based composite materials. "We have achieved significant results in this area, and Russia takes one of the first places in the world in the development of such materials," a message from the organisation said, RIA Novosti reports.

In addition, Russian scientists deal with and other problems. A hypersonic aircraft will need to be piloted at altitudes of up to 30-50 kilometers in highly rarefied air. In essence, it goes about the flights of an extremely hot, "incandescent," object, when classical control methods do not work physically.

Another goal that the scientists have to deal with is the creation of a new type of engine that could be operable at supersonic speeds.

"Russia had its own developments in the field 20 years ago, and now we use the legacy for new scientific achievements," the message from the above-mentioned organisation also said.

The scientists also deal with the question of how to ensure the work of electronic equipment on board the hypersonic aircraft and how to make the presence of passengers in such an aircraft possible. As surface temperatures are expected to reach 1,500 degrees, cooling systems should create a more or less comfortable microclimate inside the aircraft, which requires a huge power of the supply system and its stable operation.

Another objective that the scientists have to deal with is to provide communication with flight control officers on the ground. At high speeds, the aircraft will find itself inside a plasma "cocoon" that will not let radio waves penetrate through it. The "cocoon" will thus create a screen, a plasma cage, and the antenna will have to be located in the rear part of the aircraft. The plasma can be used as a conductor to make it perform the functions of the antenna itself.

If successful, the new technology will make it possible to transport people or small cargo from Europe to America and back in less than an hour. Additionally, the technology can be used in the field of space tourism, when passengers will be able to fly from Earth's surface into orbit and back.