The human mutation clock Is ticking 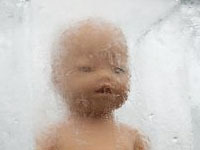 With more samples of human genomes now available, researchers are able to find solutions to questions that just a few years ago they could only dream of answering. For example, how many new mutations-copying errors within both of each individual's three billion-base-long human genome sets-occur each generation? And do more of them come from one parent or the other?

Prior measurements of the human intergenerational mutation rate, such as the 2010 Science finding of 60 new mutations on average, did not distinguish which mutations came from which parent. Since sperm cells undergo many more cell divisions before maturing than egg cells, and since each division provides another opportunity for mutations to occur, the father should theoretically contribute more mutations to the children than the mother.

Using complete genome data from individuals in two families, a new study in Nature Genetics also counted 60 new mutations per generation, but it determined that the relative contributions from each parent varied between the families. These were "unexpected findings," according to a Sanger Institute press release, which also stated, "Remarkably, in one family 92 per cent of the mutations derived from the father, whereas in the other family only 36 per cent were from the father."

Mutation rates therefore appear to be quite variable. This implies that mutation detection and correction systems also vary between families. Perhaps the fact that hundreds of different mutation-mitigating molecular machines constantly scour DNA, and that each of these machines is a product of the DNA code and therefore vulnerable itself to genetic corruption, helps explain the differences in parental mutation contribution between families.

John Sanford, Courtesy Associate Professor at Cornell University who was not involved in the study, told ICR News, "All these studies just look at genic regions. The most mutable parts of the genome are the tandem repeats and satellite DNA. If these parts of the genome were included, I am confident it would at least double the total mutation rate."

Tandem repeats and satellite DNAs do not provide direct coding for proteins, and they are thus not genes. But mutations in such "non-gene" regions are just as relevant as mutations in genes, since many non-gene regions regulate the frequency, duration, and timing of gene processing in the cell. Doubling the mutation rate would halve the total time that humans can remain biologically viable.

The vast majority of these 60 to 200 new mutations are irrevocably added every generation, causing what Sanford called "backwards evolution." Using such mutation rates, Sanford modeled the maximum number of generations and length of time that humans could exist before they become extinct due to mutation overload. Since there is no natural process that repairs these kinds of mutations faster than they accumulate, they continuously amass until organisms eventually can no longer tolerate the high level of genetic error.

Like so many other natural clock processes, by confirming a mutation rate of at least 60 per generation, this Nature Genetics study confirms that the "backwards evolution" in humans limits the entire history of mankind to only thousands, not millions, of years.