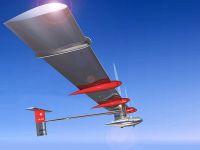 While the BP Deepwater Horizon well spits tens of thousands of barrels of oil offshore on the Gulf of Mexico, an environmental disaster of proportions never before imagined, a beautiful new kind of bird flies silently in the skies on its first test flight.  The Solar Impulse aircraft performed the feat of flying for 24 continuous hours without the traditional in-flight refueling, with its quiet engines powered by energy from the Sun. This is one of the few flights already made with engines that work without the use of fuels made from that very oil that clogs the American coast.

In the same interim, Tibetan women boil water on solar stoves in Tsedang, Autonomous Region of Tibet. The stove concentrates solar energy to heat water, and is very common in the region.

Unicamp data reveals some curiosities about the average sun ray, which according to location and climate conditions varies between 800 kWh / m² in Scandinavia and 2,500 kWh / m² in some deserts. However, the system of photovoltaic cells is about ten times more expensive than traditional forms of electricity production, although an alternative, thermo conversion, is much more cost efficient.

It works by producing steam for heating water with solar radiation, and only 1% of the area of deserts would supply enough energy for worldwide consumption. The problem lies largely in the transmission of this electricity.

Between the nightmare in the Gulf and the flight of Impulse, utopian activists are campaigning for the end of oil dependency, as if it were something easy to do - and was not contradicting very powerful interest groups.

However, the important thing was to prove that it is possible, even knowing that the solar plane will not replace conventional jets - at least not anytime soon. Science takes time, evolving through trial and error, although from time to time given to exceptional strides.

Our dependence on oil will not end anytime soon, and Canada, which draws the product in the dirtiest way possible from their bituminous oil sands in Fort McMurray, Alberta, has the second largest reserve in the world, surpassed only by Saudi Arabia. It remains virtually in silence, little is said about the so-called "tar sands."

The drama of the Earth is not just the issue of oil, garbage and deforestation. So-called "sustainable development" is incompatible with a socioeconomic system based on growth rates of two-digits per year and the brutal concentration of wealth and power.

A huge unknown asserts itself between the nightmare of the Gulf, and the light and quiet magic of the Solar Impulse and our vain desire for sustainable growth, an adjective that goes together more with stability.

For the time being, when wages in China become "expensive" and they go in search of labor, below $100 monthly, it is difficult to dream of a better world.