With brain drain declining after the period of perestroika, Russia's national intellect is still in danger

Over 25,000 scientists left Russia to live and work abroad during the recent 15 years. Some 30,000 more work in foreign countries on a yearly contractual basis. Dmitry Livanov, Deputy Minister for Education and Science, acknowledged the obvious brain drain factor, although he added that the above statistics made up only five or six percent of Russia's entire scientific potential. It may seem that Russia's losses of its own scientists are not really considerable on the one hand. On the other hand, one has to acknowledge that the international brainpower migration is an objective and natural process. Russia loses either experienced and successful specialists or young promising research assistants. 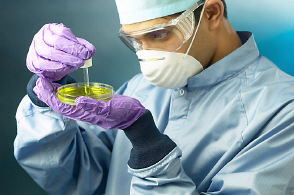 French scientist and mathematician of the XVII century, Blaise Pascal, used to say that France would become the land of idiots if 300 scientists left the country. As for present-day Russia, the country has already lost over 200,000 scientists and highly-qualified specialists. Thousands of Russian specialists had to stop their career in science and change professions at the end of the 1980s and in the beginning of the 1990s. A lot of people failed to find their place under the sun of perestroika: former scientists had to start working on construction sites and commerce back then.

Russia has lost about one-third of its scientific potential during many years of various reforms. Scientists involved in computing mathematics, genetics and biotechnologies are usually the first to leave Russia. The brain drain became especially active at the end of the 1990s, when specialists started leaving Russia in whole groups. According to expert estimates, the total number of people involved in scientific and research works halved from 1990 to 2002.

The emigration of Russian scientists continues in the beginning of the XXI century as well. One can hardly find young scientists in Russian research institutes nowadays. The average age of a Russian doctor of sciences is 53-60 years, other scientists are in their forties. It is noteworthy that the average age of a Russian scientist in the beginning of the 1960s was 38 years. Young specialists have to take immense efforts to overcome a variety of bureaucratic obstacles on the way to their scientific independence.

Taking into consideration the high level of scientific training in Russia, Western countries, the USA first and foremost, accept “ready-made” Russian scientists saving up to $200,000 of training costs on each of them. Physicists, mathematicians and biologists can find jobs in US universities without any big problems. US students even joke about it saying that an American university is a place where Russian professors read lectures to Chinese and Indian students.

The analysis of various statistics data reveals that not less than 20 percent of specialists from the Russian Academy of Sciences work abroad. Russia suffers up to 50 billion dollars of profit a year from the brainpower immigration.

Sociologists do not have a common opinion regarding social and cultural consequences that brain drain may cause to Russia. Some of them believe that a lot of talented scientists never think about leaving their fatherland. However, the emigration of scientists harms the national intellect, the people, who make greatest contributions to the development of human civilization. It can also be perceived as a serious threat to Russia's national security too.

World Bank specialists say that about one million people of Russian nationality can be categorized as highly-qualified specialists, although they are involved in non-professional activity spheres.

The brain drain dynamics may change every year, although the reasons remain the same: low wages, outdated equipment, vague career prospects and practically meaningless scientific titles. Russian scientists do not have many options to choose from. They can either work 24/7, receive very little money and enjoy the reputation of a “science freek,” or travel somewhere abroad, where they pay good money, provide up-to-date equipment and where people treat scientists with great respect.

Both the Russian government and the Ministry for Education and Science believe that one has to develop a system of effective motivations to attract young specialists to the scientific field. The authorities are currently taking certain measures in this direction, providing individual financial support to about 4,000 young researchers and graduate students.