Russia celebrates the National Unity Day on November 4. Practically all Russian people have a three-day weekend now: November 4, 5, and 6. Making a speech at the official State Awards ceremony in the Kremlin last week, President Putin stated that the roots of the People's Unity Day go back to the glorious and heroic events of the year 1612. 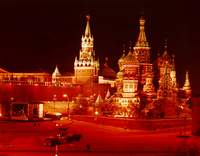 ”People of different religions, nationalities and  classes united to save the Fatherland and defend the Russian state. It was the genuine national unity for the sake of our country's future,” President Putin said.

Russian political parties and public movements will be holding various events in Russia nationwide today to celebrate the festive date. Patriarch of Moscow and All-Russia Alexey II will head the people's meeting in the city of Nizhni Novgorod. The head of the Russian Orthodox Church will consecrate the recreated temple in the city and take part in the divine service there.

Russian politicians differ in their attitudes to the new holiday. Some say that it is a far-fetched celebration, communists do not recognize the date at all, whereas the pro-Kremlin United Russia party call it “the symbol of independence and state organization.”

”This date is the symbol of historical wisdom of the Russian nation, which managed to take the country out of chaos and war. It is the symbol of Russia's vitality and the colossal internal integrity of the country, which was subsequently proved with the country's further development,” the vice-speaker of the State Duma, Vladimir Pekhtin said.

About 5,000 people are expected to participate in meetings and demonstrations to celebrate the National Unity Day in Moscow. Two thousand police officers and military men will guarantee law and order in the center of Moscow on November 4 during the celebrations.

Twenty-two percent of Russians approve the government's decision to celebrate the National Unity Day on November 4 and make the day of November 7 a common working day. November 7 used to be celebrated in the USSR and Russia as the Day of the Great October Revolution. In 1997 the day was renamed into the Day of Reconciliation and Consent, but it eventually lost the status of the official holiday in 2005. However, it still remains an important day for many Russians, although 47 percent of respondents disregard the old holiday, recent opinion polls said.

The New Year's Day and the Victory Day are the two official state holidays in Russia, which enjoy the greatest popularity with the majority of Russians. The official holidays of the new political era in Russia, Russia's Day and National Unity Day, are perceived as less important holidays, polls said. About 80.5 percent of the polled said that they were going to spend the day of November 4 as a common day off, whereas 14 percent said that they were going to participate in formal and informal undertakings devoted to the new holiday.

The director of the Institute of Political Research, Sergei Makarov, believes that the National Unity Day, like any other new holiday, is not likely to take roots in the Russian society. “The thing is that no one really knows what happened on November 4, 1612. On the other hand, there is nothing else to celebrate today, because people think that life is bad now,” Makarov told Interfax. “The people do not want any new holidays from the Russian administration, which they still associate with Putin, Yeltsin and Gorbachev. However, it is easy to guess what the government wanted to do with this new holiday. They wanted to push aside the communist and revolutionary holidays of November 7, because it is already impossible to celebrate the communist coup. On the other hand, the government is searching for new symbols of the state organization in Russia,” the scientist of politics said.