Russians are used to being Russians: they perceive themselves as a nation possessing the so-called Russian soul, which is a peculiar feature that no other nation in the world has. People of other nationalities realize that too and thus have various attitudes to Russians in different parts of the globe. As a rule, Russians are proud of themselves, although this feeling of pride is rather distinctive and paradoxical. 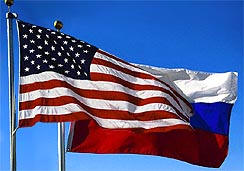 If a Russian person goes on vacation to France, he or she will be pleasantly surprised about the gratitude of a French waitress for quite a large order of French champagne and generous tips. This attitude can be absolutely different in other countries, where foreigners prefer not to express their loving feelings towards Russian citizens. There were certain occurrences when Russians were jailed in Kenya or India or even in Switzerland for laundering fraudulently obtained money, as foreigners think. Foreign people were taught at schools that Russians come from the fatherland of Yuri Gagarin (first man in space) and Fyodor Dostoyevsky: Russians must therefore know that it is not good to steal.

Russian people want foreigners to understand their national peculiarities and outstanding spirituality. A lot of Russian people may have a certain quite infantile opinion: they think that they would enjoy greater international respect, if they were Germans, or Americans, for example. This is absolutely untrue: Americans have similar, albeit slightly different problems too.

Unlike Russians, American citizens adore themselves. The American national pride is based on quite earthy factors: the US flag, almost 230 years of history, the Constitution and its Fifth Amendment, human rights, the economic power and even snow-white teeth. However, it just so happens that almost all other nations unfairly dislike Americans. The French openly express their aversion to the USA, the Brits chuckle at Americans too, whereas the Egyptians and the Arabs do not hesitate to express utter hatred to the US of A. The latter probably believe that Osama bin Laden is much more handsome than George W. Bush.

The Slavic world has its own opinion to the American nation as well. The Slavs, including Russians, would obviously love to visit the States, they watch Hollywood films and NHL matches with pleasure, but pleasure and excitement go up in smoke when it comes to all other factors of this kind of love.

A lot of Americans have been developing a purely Russian syndrome lately, when they realize that they hate being a person of this or that nationality, the American nationality in particular. This disorder leads to moral masochism, self-reproach and apocalyptic delusion. Such people think that the USA is doomed to decline, and that it was God himself who punished the country with hurricanes sending them from up above one after another. One may say, though, that there is no such notion as an 'American nation' at all: it is a conglomerate of different cultural and ethnically estranged groups of people with diverse values and goals.

The US administration is currently concerned about the growing anti-American sentiments in the world. American top officials are trying to find out the reasons why they are being criticized and reproached by other countries and what for. They urgently arrange trips to the Middle East, to improve the USA's image, to “awaken” the Muslim world and make it follow American values.

But what about Russia? We have youth antiglobalism developing too; Russia and the USA have similar approaches to the problem of struggle against international terrorism. However, Russia seems to have been forgotten in this global struggle of ideas. Pity. Russia may probably need to elaborate some new ideas, for it does not have anything to stand up with at the moment. The USSR had a handful of ideas, for example, the ideological struggle was in full swing during the Cold War years.

A lot of things have changed since that time, of course. The USA is live and kicking, but the Russian administration gave up on the idea to continue waging the war of ideas. Marxism and Leninism are in the past, young people study the science of management, but it is still unclear why it happened so. Russia is the biggest country in the world, a great nation. Those states that used to be friends with the USSR in the past set forth their claims to Russia nowadays, trying to rewrite history, asking Russia to pay compensations and apologize for many years of the so-called “Soviet occupation.” Quite unfair indeed. Russia can boast of its fresh capitalism, oligarchs, who buy football teams, caviar, Russian hospitability and honour. Russian people only need a little bit more love.