Twenty-six thousand exhibits and 30 signed contracts for the supply of military equipment - this is a brief summary of Army-2018 annual military-technical arms show that was held near Moscow in Patriot Park. Representatives of more than 100 countries came to take part in the arms show this year. 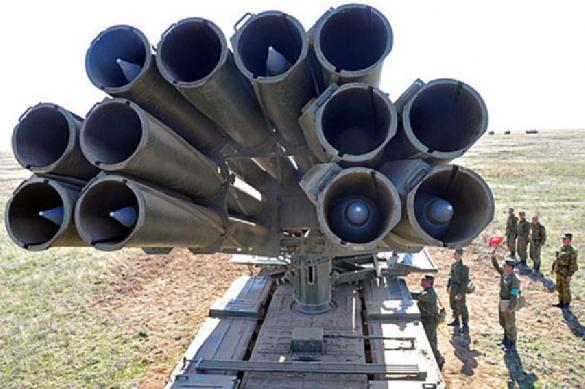 Russia's Defense Ministry signed a contract to purchase a large batch of new T-14 tanks and T-15 armored combat vehicles on the universal Armata platform. The Russian Armed Forces will receive 132 units of equipment before 2021. The first nine tanks are to be supplied already this year.

During the forum, a number of innovative weapons were showcased together with well-known models. For example, it is 2C38 Derivation-Air Defense anti-aircraft artillery complex. The system has a 57-millimeter gun with a rate of 120 rounds per minute. Another novelty is the wheeled armored platform Boomerang, designed for the transportation of military personnel, as well as for combat missions targeting enemy infantry, armored personnel carriers and even tanks.

The organizers of the forum held large-scale demonstrations to let everyone see the new weapons in action.

Dozens of design bureaus and shipbuilding companies presented their developments at the forum as well: warships, submarines, weapons and radar systems. It was said that the Russian Navy would soon receive18 frigates of project 22350 and 36 corvettes of project 22380. These ships with a displacement of 4,500 tons are 135 meters long and 15 meters wide. They develop the speed of up to 29 knots, have the navigation range of up to 4,500 miles and endurance of up to 30 days.

For the first time, the forum demonstrated an unmanned underwater vehicle, the tests of which are to start in November or December of this year. The underwater drone will be used to protect ports, bridges, naval bases and ships from saboteurs.

The Krylov State Research Center showed the concept of a light multipurpose aircraft carrier Storm-KM with a displacement from 37 to 44 thousand tons. The ship can take on board about 50 aircraft - heavy Su-33 fighters, light MiG-29K, long-range radar patrol aircraft and multi-purpose helicopters Ka-27. The ship is powered with a 110,000 hp gas turbine. The construction of the  exhaust system makes the vessel less noticeable.

It was said during the forum that Russia's fifth-generation Su-57 aircraft would be upgraded further to receive artificial intelligence. The control system and sighting equipment will be upgraded to the level of automatic combat use. The Su-57 will also be equipped with an onboard defense complex that includes new frequencies and operating modes.

For the time being, Russian Air Force pilots operate ten such aircraft - fighters undergo a series of military tests in the air and on the ground. Russia also develops a new vertical take-off and landing aircraft for aircraft carriers. The implementation period of the project up to ten years. The project is included in the state armament program and comes as a continuation of the Soviet development - the Yak-38 aircraft.

It is worthy of note that the contracts signed within the scope of Army 2018 forum are evaluated at over 130 billion rubles, which is three times as much as last year.