Priorities for the Russian Army in 2018

Russian experts shared their views about priority tasks for the Russian Armed Forces in 2018. 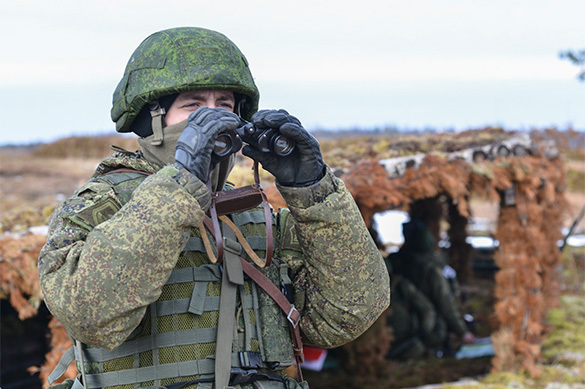 Victor Murakhovsky, editor-in-chief of Arsenal of the Fatherland

"The priorities were designated in President Putin's speech to the Defense Ministry on December 22, 2017, as well as in the speech from he Defense Minister, in which he, among other things, listed the tasks for 2018.

One of the most important priorities is to maintain parity in the field of strategic nuclear forces, the development of high-precision military systems, so-called interspecific "smart systems" that ensure the operation of all types of armed forces. It goes about space systems, automated control systems for troops and weapons, communication systems, robotics, as well as the need to keep the armed forces in line with standards of state-of-the-art military equipment.

It also goes about the need to improve operational combat training, intensity and quantity of exercises, maneuvers, to conduct operational-strategic exercises Vostok 2018, which stipulate for a massive redeployment of troops from other areas to create a special group of forces in the east of the country.

Priorities for the financial support of the Russian Armed Forces have been set as well. The budget is adopted for a three-year period: it has been approved for 2018, but it will not exceed the parameters that the president pointed out in his speech: about 2.86% of GDP.

Vladimir Anokhin, Vice-President of the Russian Academy of Geopolitical Problems

"Priorities stand for the formation of a strategy based on the experience of the military operation in Syria. Technically, it goes about the possibility to use the experience that Russia has gained in Syria in local conflicts. Any changes in 2018 are unlikely. A special priority will be paid for the development of new types of arms and scientific research in the area.