Russian President Vladimir Putin said that he learned about the hijacking of an aircraft only a minute before the start of the opening ceremony of the Winter Olympics in Sochi. The hijackers, Putin said, wanted the plane be redirected to Sochi. 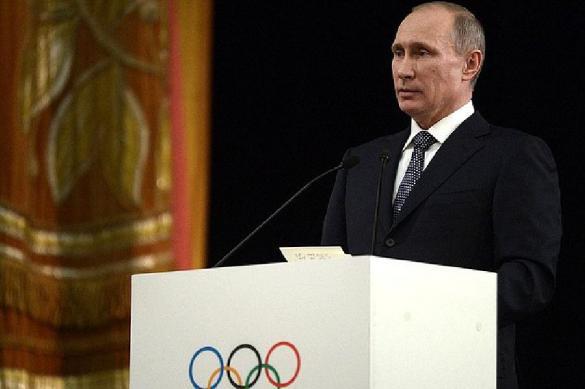 Later it turned out, however, that it was just a stupid joke of a drunk passenger. Putin shared the story in a documentary by Andrei Kondrashov, which was published in social networks.

According to Putin, "somewhere in the middle of the way, an aide-de-camp gave me the phone with  one of the heads of the operational headquarters for ensuring the safety of the Olympic Games on the line. He reported that a plane had been hijacked. The plane was bound to Istanbul from Ukraine, but the hijackers wanted it to land it in Sochi."

"The same chief of the security staff called again some time later and said that it was a drunken joke, that the aircraft was flying to Turkey and would be landing there soon," Putin added.

Also in the documentary, Russian President Vladimir Putin spoke about the tragedy with the Kursk nuclear submarine.

According to him, the sinking of the Russian submarine occurred because of the unsatisfactory state of affairs in the Russian army at that time.

"After the collapse of the Soviet Union, we had enormous difficulties in the economy, in the social sphere, and in the army too. Of course, all that could not pass the army by," the president said in an interview for the documentary simply titled "Putin." The tragedy of the Kursk submarine came as a manifestation of the general state of affairs in the Armed Forces.

Putin said that he had hardly sworn in as president after elections by the time when the Kursk sank and did not even know that there were large-scale military exercises taking place in the Barents Sea.

"The Minister of Defence called me and said that we lost the submarine, but the sub was found, and they were going to work on that question. It was not clear that something tragic was happening there, but then, of course, all that unfolded in full," Putin recalls.

Given the state of the Russian army back in those years, "there was nothing surprising about the tragedy." At the same time, he said that it was a colossal tragedy.

The cause of the tragedy had been established: an explosion occurred in the torpedo compartment, a fire broke out, ammunition detonated, and the hull of the submarine practically popped.

"And, of course, this can not be forgotten," the Russian leader said.

He also said that after the tragedy, he decided to talk to submariners' relatives in order to support them and assure them that the submarine would be retrieved from the bottom of the sea. Putin also said that he had been warned against attempts to raise the boat from the seafloor, but he insisted, because he had given a promise.

The Russian nuclear-powered submarine missile cruiser Kursk sank in the Barents Sea on August 12, 2000, during naval exercises. All 118 crew members were killed.

In a part of the documentary about Syria, Putin spoke about the heroic feat of corporal Denis Portnyagin, who, in an unequal battle with terrorists in Syria, was ready to explode himself not to be captured.

"Not only did he repulse an attack of terrorists. There were only four or five of them (Russian military men - ed.) - a group of special operations forces that were engaged in finding targets for our aircraft. There was an unexpected attack of militants, the regular army pulled back, some units of the Syrian army did too, but the Russian group stayed and they took the battle," Putin said.

According to Putin, in that battle with terrorists on August 16, 2017, the commander and the second officer were wounded, and corporal Portnyagin took all the combat work on himself and repelled several attacks. He requested help and prepared himself for self-destruction not to be taken captive.

"Moreover, he drew the fire upon himself and gave precise instructions. Our artillerymen managed to cut off the terrorists with the help of mortar fire, then our aircraft struck, and after that another group of special operations forces approached them, and all were taken out to safety," the president said.

Corporal Denis Portnyagin was awarded the title of Hero of the Russian Federation in late 2017.