Putin puts in place not only USA, but also China

Putin's Address to the Federal Assembly on March 1 came as a bombshell for the world. The speech that the Russian president delivered at Manezh Exhibition Hall just outside the Kremlin made everyone believe that Putin was presenting Russia's new fantastic weapons to the United States. However, some assumed that Putin was not talking about the United States of America as Russia's prime opponent. 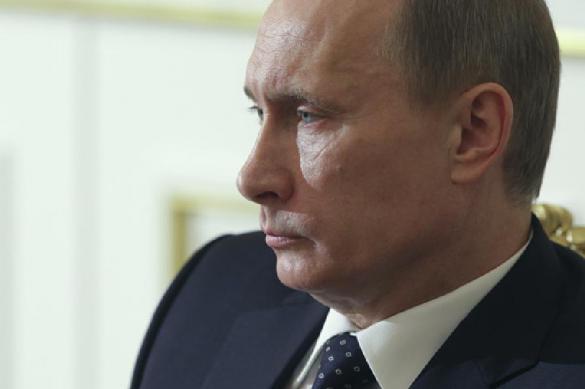 Retired general of the Italian army, co-author of the book "Geoeconomics: Tools, Strategy and Tactics," Carlo Jean, said that "Putin announced to the world that he reached nuclear parity with the United States again." According to the general, Russia has been compelled to run the colossal modernization of its nuclear arsenal since the time of Obama's presidency. The Russians started doing it in response to Obama's initiative to modernize the enormous American arsenal contrary to the Nobel Peace Prize that was given to him for his promise to dismantle it, the Italian general told Ilsussidiario.net website. According to him, the US plan is worth about 1.2 trillion dollars and spans 30 years. Forty billion of the amount was invested in the project this year.

The significance of Putin's speech is that he has reaffirmed the strength of his country, which he had raised from ruins."We saw the Russian military power reviving in the Middle East, in Ukraine, in the Crimea," the expert said. Putin's call for an international dialogue concerns the Middle East, where Putin remains in a situation which he can not resolve."

"Nuclear weapons remain and will always remain an instrument of persuasion, not war, due to the factor of mutually assured destruction," Jean said. The status quo of mutual deterrence for the US and Russia remains unchanged. However, the greatest danger to Russia is not the United States, but China, because China has been taking almost all of Central Asia away from Russia, the Italian general concluded.

Doctor of international relations at the Sorbonne University, specializing in EU-Russia relations and NATO's defense policy, Michel Lambert, told Atlantico.fr that Putin's idea was to "emphasize the image of a great power." Yet, there is a pragmatic approach behind the rhetoric. After the collapse of the Soviet Union, the expert said, Russia had neither the budget nor the motivation to either modernize its nuclear arsenal or start building fifth-generation aircraft. Both the motivation and the budget appeared after the "Crimean context," the political scientist said.

Moscow faces a pragmatic objective to maintain its reputation as one of the world's largest arms exporters and the main supplier for China, Lambert noted. It is important to continue the modernization to provide high quality equipment to client countries and remain a leader on the growing market.

Moscow's position as the position of a nuclear power is dangerous per se, but "it should not be seen as a" threat" in the sense of immediate danger, but only as a" confirmation of a global trend." "Putin's rhetoric is directed against the US, but it is more appropriate to think about the containment of China. Russia is looking towards Asia, but the United States and Europe believe that Moscow is looking only towards them. In practice, Russia is more concerned about the opening of Chinese military bases along the New Silk Road from Astana to Tbilisi rather than about the opening of NATO bases," the expert said." Moreover, he continued, US military officials are also looking towards Asia (China), but they do not dare to mention it."

American journalists Peter Doran and Donald Jensen in their article for The American Interest titled "Putin's strategy of Chaos," wrote that Russia's desire to compete as a great power was dangerous both for the West and for the Kremlin. The authors call this system of competition as "trolling." The Kremlin wants to see itself as an equal partner and believes that the international system treats Russia unfairly, "even though Russians have benefited from the international order that both sides-East and West-helped to establish after the collapse of the Soviet Empire."

The Kremlin, from the perspective of Doraan and Jensen, wants to take risks, sometimes recklessly, to prove that Moscow deserves a place in the club of great powers," on the assumption that Russia "possesses one key advantage in long-term competition with America and the democratic West: Russia is more cohesive internally and will thus be able to outlast its technologically superior but culturally and politically pluralistic opponents."

The authors believe that one should force Russia return to "normal" strategic forms of behavior. They believe that Russia deserves sticks before carrots. In other words, the West needs to continue the sanctions against Russia before foreign investments become possible again.

Interestingly, largest English-language Chinese publications simply reprinted articles from Western agencies with headlines such as "Putin's new nuclear arsenal is unlikely to change the balance of power." Beijing is not thrilled about Russia's growing military power.

Editors of regional Chinese publications marveled at Putin's video of the launch of Sarmat ICBM to Florida. The list of targets includes Trump's Residence in Mar-a-Lago in Palm Beach, MacDill Air Force Base in Tampa with headquarters of the US Central Command. In the event of a nuclear attack, the command of the army will be paralyzed, and as many as 2.8 million people will be killed.