In response to the proposal from Vladimir Putin to help the Defense Ministry come up with a name for latest arms systems, which the Russian President presented during the announcement of his Address to the Federal Assembly, the Russians started to make their offers. 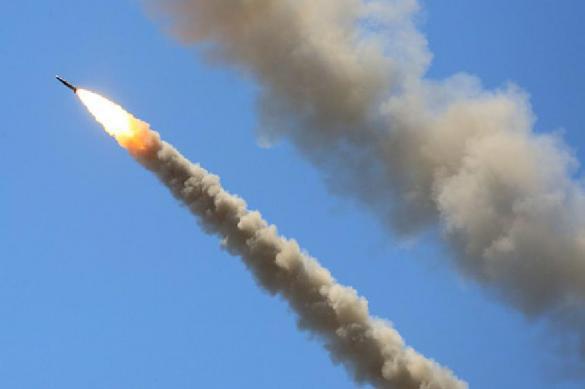 Two new types of Russian strategic weapons remain nameless for the time being: a global range cruise missile with a nuclear power plant and a nuclear-capable unmanned underwater vehicle. In addition, one needs to coin the name for he new laser weapons as well.

"For those who are interested in military equipment, I would like to propose, I would ask them to propose the names for this new hardware," the Russian president said, introducing the new weapons of the Russian Federation, noting that one can submit their options on the websites of the Defense Ministry.

The majority of Russian bloggers started thinking of a name for the new nuclear cruise missile. The most popular version is "Pesets" which literally translates into English as "Arctic fox," although the Russian word designating the polar animal alludes to a swear word of similar pronunciation, but of completely different meaning which one may interpret as "the end of it all" or "holy cow" exclamation.

Other popular variations for the new missile are as follows: "Surprise," "Present," "Gagarin," "God's hand," and many others. Others simply offered to name the new missile "Putin" or "Vladimir."

Some others, however, found the presentation of the new weapons during the annual Address to the Federal Assembly a very sad event of the day. Putin spoke a little about poverty in Russia and a lot about war. "It's very sad, it tears me apart, there's only war and nothing else in Putin's lavish heart," a blogger tweeted.

Putin's major announcements have already started generating plenty of jokes. Here are a few of them:

"Monday. Argentina finds half a ton of cocaine, Wednesday. Lavrov says that the Yankees are working on a nuclear strike on Russia. Thursday. Putin invents a nuclear-powered missile. I wonder if we all live till the weekend." @Michael65491159

"I've been building a nuclear missile with an unpredictable trajectory." @igorzhe

"Did we laugh at Kim Jong-il when he was showing one missile after another?" @Sava_Ivanson

"The man got cold once and here it is, we got world's most powerful weapons. Maybe he has to go out bareheaded more often? We would then defeat corruption, poverty, etc." @M_Simonyan

"Putin said that the new missile already exists, but victory over poverty, cheap mortgage, good roads, high-quality healthcare - all this is yet to come. Can't he do the opposite?" @prof_preobr

"His talking about the missiles was for electors, rather than for the West. Don't you think they will launch these missiles to places where their children live? @Sergus_Magnus

In the meantime, scientists believe that the weapons that Putin announced during his speech on March 1 can not exist in nature. The head of the Institute for Space Policy Ivan Moiseyev said that installing nuclear engines on cruise missiles was impossible.

"Such things are impossible. One cannot equip a cruise missile with a nuclear engine. There are no such engines. There is one engine that is being developed now, but it's a space engine. And of course, there were no trials held for those weapons in 2017, one may only wish such engines would be tested in 2027," the scientist said, The Insider reports.