In his Address to the Federal Assembly, Vladimir Putin presented several military innovations and made a number of high-profile statements addressed to his Western counterparts. Putin's speech at Moscow's Manezh Exhibition Hall received an extensive coverage not only in Russia, but also in Western media. Predictably, Western publications expressed their amazement about the landmark speech from the Russian president that he has delivered only two weeks before the presidential election in Russia. 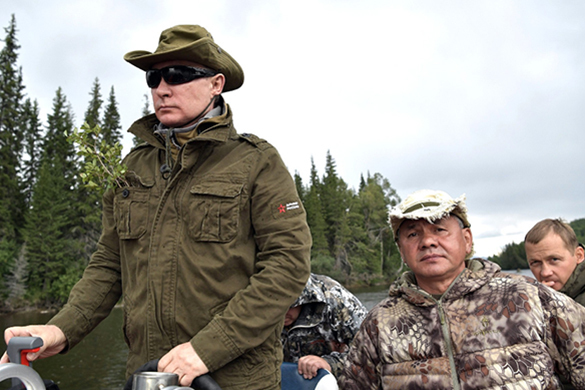 "Putin touts new 'invincible' missile capable of piercing US defenses," CNN wrote. "Russian President Vladimir Putin boasted Thursday of new weaponry that will render NATO defenses "completely useless" -- and delivered a warning to the world about Russia's resurgent military might," the network said noting that the military might of the United States was ten times more powerful. At the same time, CNN journalists expressed a humble hope that all of the new weapons that Putin presented on March 1, 2018 were purely defensive.

"Putin unveils new nuclear missile, says 'listen to us now'," an article headline on NBC News says.  The publication also pays most attention to the presentation of new weapons in Putin's speech. The article focuses on the fact that Russia, when developing new weapons, ignores the development of the social sphere.

"Putin claims Russia has nuclear arsenal capable of avoiding missile defenses," an article published on The Washington Post said. The publication quoted a military expert, who was following Putin's speech. The expert, Alexander Golts, spoke to other weapons experts and admitted that they "were all in shock, like me."

Putin has definitely managed to surprise and scare the West with his speech on March 1. US media will continue discussing his speech for weeks, because the Russian president has overturned the concept of anti-missile security.