Opposition recipe: Russia should throw herself on mercy of USA

The Russian liberal community - albeit with some delay - has suggested its own solution to the problem related to the imposition of new American sanctions. The options are few. 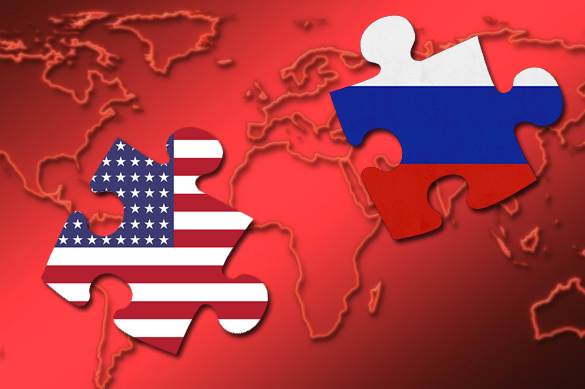 For example, the leader of Parnas Party, Mikhail Kasyanov, believes that one should change power in Russia in a democratic way, before eliminating the cause, for which the sanctions were imposed. According to Kasyanov, the USA introduced a new package of sanctions because of the annexation of the Crimea, Russia's actions in the Donbass, Russia's interference in the US election and Russia's participation in the military campaign in Syria.

The founder of Yabloko, Grigory Yavlinsky, believes that Russia will be isolated completely, excluded from the world financial system and cut off from global capital markets. There are options to avoid all this: Russia needs to reform its economy not to depend on oil and gas, Yavlinsky believes.

In addition, he says, Russia should lift counter-sanctions and convene an international conference to discuss the international legal status of the Crimea. Plus, Russia needs to withdraw "troops" from the Donbass and stop the anti-Ukrainian propaganda.

Mikhail Khodorkovsky is saddened by the fact that the sanctions have made Russia change places with China in the field of science and technology for decades. One needs to change the political regime in Russia not to let the nation fall into abyss of ignorance, the former oil tycoon believes.

Journalist Gleb Morev put forward a whole theory. In his opinion, Putin's prime goal is to 'outlive' his Western counterparts. "The horror and historical unprecedentedness of American sanctions constitute impossibility to outlive them," he says. "The system has showed its independence from personalities. Trump was forced to subordinate, and Putin was deprived of habitual manipulative tools," believes Morev.

There are three ways out of the crisis: to win, to die or to surrender. According to the journalist, it is impossible to win, but he does not explain why. The people are not ready to die, because there is no external aggression, and it will take too much time to mobilize people through propaganda.

There is only one way out - to surrender. Mr. Morev believes that Russia will see a politician one day, who will be able to reestablish the country and negotiate conditions for Russia to surrender with honors. He will be a pragmatic patriot, free of imperial ambition and obsessed with an idea to save the nation, the journalist believes. Therefore, one needs to discuss principles and regulations for a major reform of the country that would change the course of its history entirely.

If the author of the above was trying to start a discussion, it is not clear what kind of discussion it can be, because they do not discuss anything, but conditions of surrender with those who surrender. Relations based on equal partnership are out of the question. In fact, all the problems of the last quarter of a century bump into the absence of counterweight to the United States.

Other above-mentioned points of view do not suggest anything but a change of power either. The lifting of sanctions from Russia would be the reward that would take the country to the time of harmony and universal prosperity. Why would US congressmen lift sanctions from Russia at all? They can always find a variety of reasons not to act so. Why would the West be concerned about the state of Russian science and technology?

In the understanding of Russian opposition activists, it is only Russia that must take steps towards the West, whereas the West should not do anything. In fact, this is nothing but outright capitulation. Of course, Kasyanov, Khodorkovsky, Yavlinsky and others do not talk about it straightforwardly. In a nutshell, they propagate a moth-eaten recipe: Russia should surrender to the USA to be happy.