Russia can win 'cold war' with irresponsible nations of the West

The West does not want to believe that Russia has made her final civilizational choice. NATO generals pursue the policy of intimidation, whereas diplomats work for a "color revolution" to occur in Moscow. It seems that nothing is going to convince those people to change their point of view; they will not stop trying to destroy Russia. 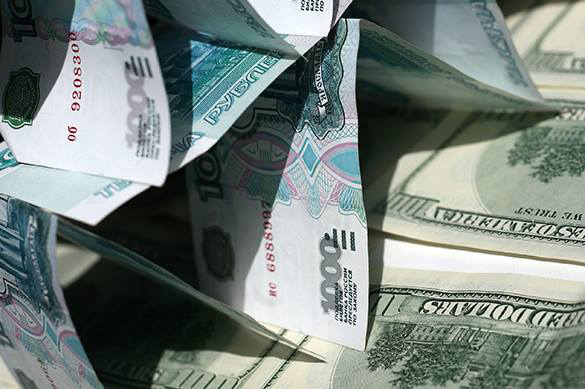 Over the past weekend, two interesting opinions were voiced in the foreign press. One of them was an opinion expressed in an interview with German publication Frankfurter Allgemeine Zeitung by commander in chief of the US Armed Forces in Europe Ben Hodges.

According to Hodges, NATO's maneuvers near Russian borders are part of the policy to intimidate Russia. As it turns out, Russia has not justified NATO's hopes. Ben Hodges stated that the West was hoping for Russia to become  a reliable partner, and leading powers of the West significantly reduced their armed forces in Europe. However, he added, NATO could see that it had to strengthen its military potential.

It turns out that it was "not" NATO that has been expanding for 25 years closer and closer to the borders of Russia ignoring her willingness to establish partnership and even join the bloc. It was NATO that supported Georgia's Saakashvili in his 2008 attack on South Ossetia and Russian peacekeepers; it was NATO that supported the coup in Ukraine and the subsequent suppression of the Russian-speaking population of Ukraine with a goal to remove the Russian naval base from Sevastopol.

The second opinion was expressed in The Guardian by outgoing EU Ambassador to Russia Vigoudas Usackas. He believes that the EU should always be ready to support the European choice of the Russian people after 2024 or earlier.  The Russians will make this choice after they see how "successful" reforms in Ukraine will go. "A successful Ukraine will contribute to stability in our region and represent a powerful example for the Russian people," the official wrote. "As the human rights champion Lyudmila Alexeyeva reminded me recently: "Please tell Brussels not to give up on the Russian people,"" Usackas continued.

Usackas believes that the Russian administration will continue to reject the results of the Cold War and warns that the way to join the European civilization goes through Kiev and accession to the European security system, rather than through "managed democracy" or "Putinism." "However, it must be made very clear: the road to Europe goes via Kiev, with respect of Ukraine's European choice, and adherence to the European security order. It cannot go through "managed" democracy in Russia itself," Usackas wrote in the article for The Guardian.

Why does Russia need to go to Europe, to top it off, via Kiev, where Europe arranged Eastern Partnership, a coup d'état and a civil war? Why should Russia invite Europe to do the same things in Russia now? Why does Russia need to join the "European civilization" that is far from being civilized? Centrifugal forces have already thrown the UK out of the EU an Catalonia our of Spain. One shall now expect a parade of sovereignties across Europe that chokes on terrorism and migrants. Germany is solidly behind the Nord Stream 2 project with Russia, Hungary supports the  Paks-2 nuclear power plant with Russia, and Bulgaria asked to be returned to the Turkish Stream project. Brussels does not need all this.

There is no unity and no confidence in the future of Europe. Why would Russia want to join the  society of irresponsible nations? Russia has and has always had its own way based on its history and experience. Russia is not going to turn away from this path, and this is the unique choice of the Russian people. It appears that "partners" will change their mind only after Russia proves its economic viability.

Russia has been making enormous investments lately in the construction of super bridges, the World Cup 2018, the defense industry, domestic agriculture, pharmaceuticals, import substitution programs in engineering and electronics - all at the expense of the budget. Russia needs to look for more investments inside the country and target external borrowings at the same time. Western investors can see that Russia has survived the recent economic shocks well. This explains the rush for the acquisition of state-owned Russian bonds and shares of private companies (the Russian debt of 12% of GDP can be tripled safely).

The West will make a huge mistake by betting on "economic weapons." If it does, it may lose both the world domination and the new "cold war."