US general explains why only Russia can destroy USA 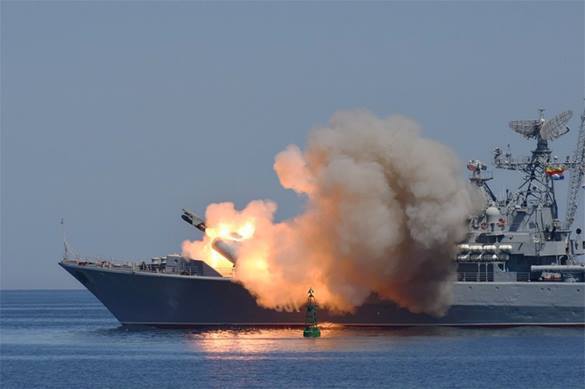 Milley voiced the remarks during a conference on security issues and the United States.

I would say that Russia's recent behavior is adversarial to the interests of the United States," Milley said. "Russia is the only country in the world with the nuclear capability to destroy the United States, which makes it an existential threat," he added.

Recently, top US officials have been pointing out the growth of Russia's military power. The commander of US forces in Europe, Ben Hodges, said that Russia was capable of showing resistance even to a technologically superior enemy owing to its air defense system and anti-ship complexes.

Noteworthy, as many as 49 percent of Russians now believe that the Russian Army has become one of the best armies in the world. In Global Firepower's world army ranking, Russia is ranked second after the United States. The third place belongs to China.

Author`s name: Editorial Team
14:32
Chechnya's Kadyrov: Ukrainian forces kidnap common workers
14:26
Ex-officer names the motives of the militants who remained at Azovstal
14:08
Reuters: US warns Kyiv shelling Russian territory can lead to escalation
13:58
CDS: Johnson invites Zelensky to create an anti-Russia alliance
13:50
Stoltenberg names the condition for the entry of Finland and Sweden into NATO
13:12
Asia for the first time overtakes Europe in terms of purchases of Russian oil
13:06
Video shows aerial view of TOS-1A flamethrowers attacking Ukrainian positions
19:40
Roman Abramovich sells Chelsea
19:12
Child killed as bomb explodes at Mariupol school
18:31
Ukraine threatens Hungary 'something could happen' to the Druzhba oil pipeline
World
Russian tank blown up by a mine turns out to be a bait for Ukraine in Donbass