Russia and USA clip the wings of their planes

The Russian authorities are thinking of retaliatory measures after Washington accused Moscow of violating the Open Skies Treaty and made a decision to limit the flights of Russian aircraft over the territory of the United States of America. 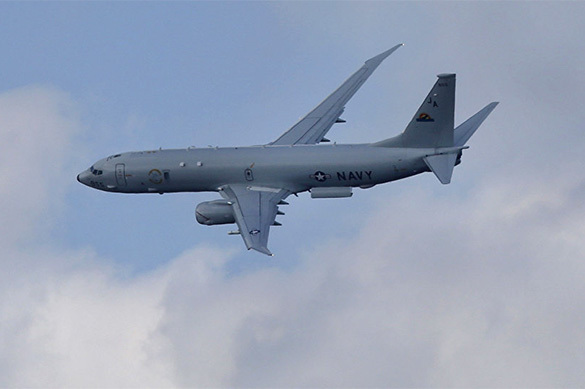 According to Russian Foreign Ministry representative Maria Zakharova, Russia will carefully analyze the latest move of the United States before taking measures in response.

"If we talk about the measures that the United States, which, as the press says, have a goal to complicate Russia's observation flights over the USA, I can say that we are evaluating them, including from the point of view of their compliance with the Open Skies Treaty. We will evaluate and make further decisions accordingly," Zakharova said.

According to her, accusing Moscow of violating the Open Skies Treaty, Washington tries to "distract attention from serious cases of violations of the treaty committed by the USA and its allies." "There are many of such cases," the official representative of the Russian Foreign Ministry said.

Maria Zakharova paid special attention to Washington's accusations. "They claimed in Washington that Russia wrongfully restricted the range of observation flights. In addition, NATO countries accuse us of the wish to hide certain objects near Kaliningrad from open-sky aircraft cameras," she said.

"In fact, everything is much more simple. Some of our partners, having the right to make observation flights with a range of up to 5,500 kilometers, used the opportunity to spend most of the time over the Kaliningrad region, thereby creating problems both for the use of limited airspace of the enclave and for the operation of the international airport of Kaliningrad," Zakharova continued.

As long as Moscow has failed to come to a compromise with Moscow, Russia was forced to minimize costs by declaring the maximum range for flights over the Kaliningrad region of 500 kilometers. "By the way, Washington had done the same in the past and limited the range for observation flights over Alaska," she added.

Zakharova also noted that Washington accuses Moscow of the refusal to conduct observation flights along the borders with Abkhazia and South Ossetia. This happens only because of political disagreements.

"For Russia, as as well as for a number of other countries, Abkhazia and South Ossetia are not Georgian regions - they are independent states. If some of our partners can not get used to the current political realities in the Caucasus, this is not our problem," she concluded.