The rotation of governors in Russia is happening to renew the gubernatorial staff, Putin's presidential press secretary Dmitry Peskov said on Wednesday commenting on the decrees of the head of state on the dismissal of a number of Russian governors. On September 27, it was said that the Governor of Krasnoyarsk Territory, Viktor Tolokonsky, and the head of Dagestan, Ramazan Abdulatipov, were resigning. 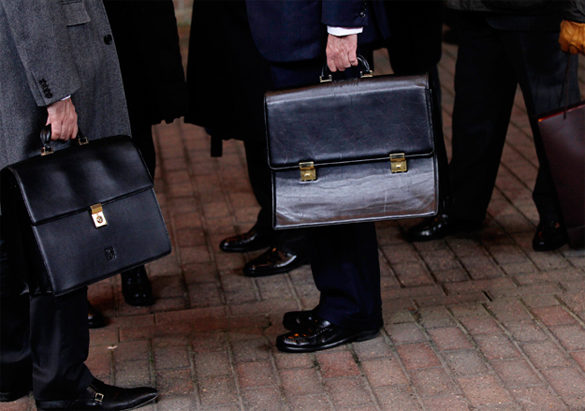 On Monday, Vladimir Putin signed a decree on the early termination of powers of Samara region Governor Nikolai Merkushkin. The day before, the president signed a decree to dismiss Valery Shantsev from his post as the Governor of the Nizhny Novgorod region.

Krasnoyarsk Governor Victor Tolokonsky and the head of Dagestan Ramazan Abdulatipov announced their resignations themselves. The head of Dagestan explained the decision by the need to "rejuvenate the cadres." "We are conscious people, and we understand when we to sign in resignations. There are certain general rules, well, I'm already 71. There is a need to rejuvenate personnel," Abdulatipov said told the Komsomolskaya Pravda radio station.

It is worth noting, however, that neither Tolokonsky, nor Abdulatipov can not be referred to as long-standing governors. Tolokonsky took office as Krasnoyarsk Governor in 2014, whereas the head of  Dagestan - in 2013. Valery Shantsev headed the Nizhny Novgorod region in 2005.

In other words, the above-mentioned resignations are not based on officials' long-standing terms in the office. They have not become a fixture for sure. Why do they have to step down then?

According to Dmitry Peskov, "the rotational process among governors is an absolutely normal and expected process."

"Actually, they are young, talented, broad-profile specialists, and the president has repeatedly drawn attention to the fact that they all have experience working in federal bodies and regional authorities. The president believes that they can realise their potential, despite the young age, for the development of the regions that they have chaired," Peskov said speaking about newly appointed acting governors.

It is worth noting that the process began in the winter of this year. As long as all the newly appointed acting heads of regions confidently won elections on September 10, it was logical to assume that the process to replace governors will continue.

After the elections in September, it was reported that governors would be changed in as many as ten regions of Russia. No one is making any secret of this. Vice Prime Minister Dmitry Kozak stated yesterday that the assessment of activities of the authorities of constituent entities of the Russian Federation was underway, and resignations of governors may continue.

President of St. Petersburg Policy Foundation, Mikhail Vinogradov, said in an interview with Pravda.Ru that Putin may dismiss a larger number of governors. According to the specialist, there are several reasons that led to the rotation of governors. "The presidential administration wants to demonstrate its readiness and ability to lobby for early replacements. One also probably needs to renew regional elites and regional sentiments and satisfy the need for the rejuvenation of regional elites, given that rejuvenation of the top administration of the country may not take place as a result of the presidential election in Russia."

Director of the Centre for Political Technologies Igor Bunin believes that the resignations of the heads of regions takes place in preparation for a new presidential cycle, in which it is new people who will serve as governors - "younger, more vigorous and more contemporary people."

"It is important to understand that most governors who have been fired so far have lost their support groups - the people who had promoted them to their posts. Therefore, the change is quite natural, other lobbyist groups consolidate their positions prior to a new cycle," Igor Bunin said.