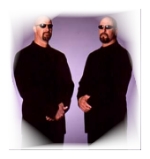 This extremely powerful organization constitutes an integral part of the supreme elite. Its work is enveloped with an aureole of mystery, which makes it look glamorous, romantic and charismatic. Who is entitled to work as a VIP bodyguard? How do they work?

FSB-Federal Security Bureau (former 9th Department of KGB of the USSR)—guards the President, Prime-Minister, Speaker of the State Duma, Minister of Internal Affairs as well as Minister of International Affairs, Director of FSB,  head of president’s administration and his assistants, head of the Central Elections Committee. Other government officials can have bodyguards from FSB only with a special presidential decree.

There are decrees to guard Minister on business with Chechnya Ilyasov, Chechen’s Prime-Minister Popov and head of National Construction Koshman. FSB also guards former presidents Gorbachev and Yeltsin. There is a total of 40 “federal individuals” who are currently under FSB’s constant protection.

Several years ago, Vice Prime Minister and Minister of Finances Kudrin have been appointed several bodyguards. The event triggered some rumors regarding the fact that Kudrin will soon become Prime Minister. Afterward however such rumors were refuted.

Majority of regional directors and leaders, presidents of various corporations all use services of private security organizations or use privately owned bodyguards for personal protection. President of Chechnya Kadirov for instance is heavily guarded with two hundred armed men with his son Ramsan as their leader.

Russian President Vladimir Putin is constantly guarded by a dozen of armed men. In times of president’s travels, for instance, hundreds of guards watch Putin in the course of his entire trip. Presidential cortege usually consists of 5-7 special automobiles escorted by 3-4 autos of highway patrol.

A man in sunglasses

Present head of the Presidential Security Services Victor Zolotov has worked as a bodyguard of Anatoly Sabchak (former Governor of St. Petersburg). In 1999 Putin invited Zolotov to be a part of his personal security.

Zolotov is often compared to Yeltsin’s former guard Korzhakov. Zolotov, however, is not that anxious to get into politics. It is a known fact that Zolotov has rather rough relations with Chubais and former Governor of St. Petersburg Yakovlev.

Many however do remark that Zolotov is more professional in comparison to Korzhakov. Interestingly, but Zolotov started his career as a metalworker. He got into FSB without any protection and was able to reach significant heights and become a professional in no time.

When Putin gets in his car after another meeting, Zolotov approaches security guards and shakes their hands. Meanwhile, the “subject” awaits in the car. One of the members of FSB tells the following, “This is a super moment; no politicians could have ever dreamed about it.”

Zolotov often wears sunglasses. In general, sunglasses serve as an integral component of bodyguard’s attire. Such glasses are not meant to protect their eyes from bright sunrays. Nor do they represent a mere fashion accessory. Sunglasses are aimed at concealing the exact direction of a person’s look. In addition, they also allow a guard to spot a reflection of a weapon.

When Zolotov escorts his “object” and follows his every step, he resembles a silent mountain with no emotions. One time however we watched him during a game. He was sitting behind the President emotionally rooting for his favorite team. It has become obvious then, Zolotov does have emotions.

JFK's assassination in 1963 is considered to be the most horrible crimes of the second half of XX century. The tragedy occurred because of obvious mistakes of American special services. The cortege passed by 20 000 windows and President Kennedy refused to lift the car's top. By the way, according to the American Constitution, President has to comply with orders of the secret service.

Indian Prime-Minister Indira Gandhi was assassinated 5 times. She was killed by her own security in 1984. Her son Rajiv replaced security with his trustworthy paratroopers. However in 1991 a female suicide bomber blew herself and the premier up. She hid an explosive in a bouquet of flowers.

Several assassination attempts Putin were successfully liquidated. The first one took place in February of 2000 at Sabchak's funeral. The second, took place in August of 2000 during a CIS summit in Yalta. The third attempt took place in 2002 during President's visit to Baku.

Bodyguards of the Russian President (the so-called “personals”) are armed with 9mm guns “Gyurza”. The gun weights 995g without bullets. It holds 18 bullets. One of the main advantages of “Gyurza” is its ability to break through any bullet proof vest from 50 meters. Its rather compact size enables easy access.

Rumor has it that Putin is “an obedient subject”. Whenever his security warns him of possible dangers, Putin diligently obeys. While being an intelligence officer himself, he fully understands everything. Most of all, president's bodyguards are worried when Putin shakes hands with random people on the street.

Vladimir Putin has good relations with his bodyguards. He addresses each one of them by name and does not boss them around. The guards had tough times working with Yeltsin and Gorbachev (especially with his wife).

Who gets the job

“It is not an easy task to become president’s bodyguards,” tells FSB associate Igor S. “Only the chosen ones are entitled such privilege. There is a whole list of needed criteria. In case even one of them does not match, that is it, you are out. One must have a perfect list of previous employers, be in perfect physical shape, possess certain physical parameters.

-What are those parameters?

-Where one must serve in order to end up in president’s security service?

-Well, military experience is obviously important. However, it is not crucial.

A guard has to be able to protect. That is his main job. We do not accept former policemen either. They still have a habit of making warning shots in the air and think about imprisoning a criminal. We do not think about getting anyone. Nor do we make any warning shots. Our main job is to protect the president.
-Are there any specific characteristics that a person needs to have?

-First of all, he must be able to think.

-Who designs and sews suites for guards?

-We have a special atelier in FSB. There they make suites for guards and for the President himself.


People are often fascinated by the fact that bodyguards are neither afraid of extreme colds nor do they ever sweat. When temperature drops way below zero, they continue to wear light jackets (in order to move freely). By the same token, a guard in a dark suit never has a single drop of sweat in extreme heat. According to some sources, they are able to sustain their bodily processes with the help of special substances. The substances also enhance their abilities to see, hear and smell. Interestingly, bodyguards are allowed to smoke. It is said, that a cigarette relieves stress. Obviously, all of this exhausts one’s body pretty fast. That is why many VIP-bodyguards retire at 35.