Opposition recipe: Russia's only chance is to succumb to external pressure

The upcoming elections to the State Duma of the Russian Federation continue generating headlines. Former world chess champion and currently opposition activist Garry Kasparov urged the West not to recognize the outcome of the parliamentary elections in Russia. 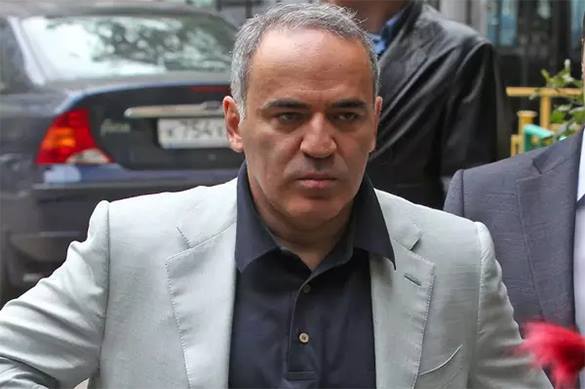 "... Putin's regime has practically completed the transformation from the so-called hybrid regime into full-fledged totalitarianism," Kasparov said. He refers to the statistics of sentences "for thoughtcrime", such as posts and "likes" on social networks." Yet, the former chess champion did not illustrate his point of view either with any examples or numbers.

According to Kasparov, those who doubt may watch the intensity, with which the propaganda machine works to brainwash people. In today's Russia, totalitarianism is brutal reality, Garry Kasparov concludes.

It appears, though, that the author of the thesis is not too convinced of its credibility, but he resorts to another question - the elections in the Crimea and Sevastopol. The Kremlin, Kasparov believes, will seek to use those elections as a tool for legitimizing the annexation of the peninsula.

"... It is imperative the international community should not recognize the results of the upcoming elections. In this situation, the participation in electoral procedures is tantamount to complicity in the legalization of stealings. The appearance of a few opposition deputies in the Duma (can be possible only with the approval from the authorities) will make the situation even worse, as, among other things, it will allow the Kremlin to use this impotent opposition in the international arena as a pseudo-democratic facade that covers the totalitarian nature of the regime," Kasparov said on Liberty radio station.

Actually, all those passages substantiate the main idea of ​​the analysis of the political situation in Russia from the ex-chess player: "When the Russian government has eliminated almost all internal threats with the help of repressions and manipulations, perhaps the only way to change the situation is to put pressure from the outside."

"Today, it is difficult to formulate a clear algorithm, the implementation of which could lead to the elimination of Putin's regime in the foreseeable future, but at first, one needs to at least abandon the actions that reinforce the regime," Garry Kasparov believes.

In 2012, Garry Kasparov predicted a "massive explosion" that, as he believed, was to happen in the next two or three years. He promised that the explosion would cost Russia a lot, "because Putin will not go away due to his unpopularity and defeat in the elections."

It is worth mentioning that prior to the Duma elections in 2011, Mr. Kasparov was much more optimistic. He did not rely solely on pressure from the US and the EU. Back then, Kasparov supported the idea of ​​election boycott. He believed that a sharp drop in turnout on election day would not have left the Russian authorities indifferent to what had happened.

Of course, the boycott had not materialized. A few years before that, Garry Kasparov did not mind taking part in the presidential election in 2008 as a single opposition candidate.

He explained his intentions with the onset of dictatorship in Russia. He did try to become a candidate, but he could not even reach the signature collection stage of the process. According to Kasparov, the only way to change the political situation in Russia in 2016 is external pressure. What kind of way out will he see next?