USA's new super sanctions: Back to the USSR

Three hundred and eighty-eight US Congressmen supported a new package of sanctions against Russia. The House of Representatives of the US Congress has approved economic restrictions against the Russian Federation. 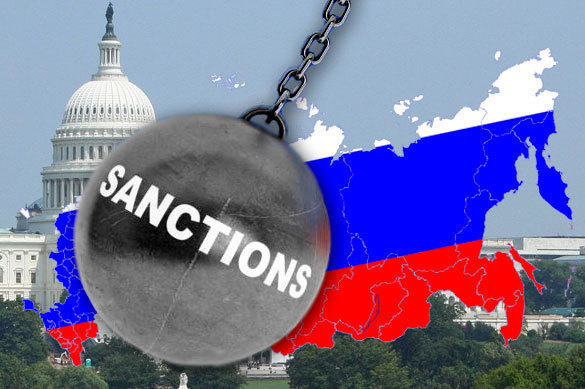 The document will be submitted to the White House for signature. If President Trump signs the law,  the head of the White House will not be able to personally lift sanctions against Russia, Iran or specific personalities. It will be up for Congress to consider the lifting of sanctions.

In addition, the law abolishes the right of private investors to invest in Russian privatisation deals, if it goes about amounts over $10 million. As for oil and gas export pipelines, the law stipulates the limit of $5 million. In addition, the new restrictions expand and tighten sanctions in railway, metallurgy and mining sectors. To crown it all, the US president will have to provide annual reports to Congress about Russian billionaires and their proximity to Russian President Putin.

According to experts, the USA may proceed to imposing restrictions on state-run or pro-government media resources to struggle against Moscow's propaganda.

"The new sanctions affect both individuals and legal entities on many criteria, not only human rights violations. The two categories are subject to sanctions if they comply with the parameters described in the bill - participation in hacker attacks, oil companies, corruption, etc.," representative of Magnitsky Act Initiative, Dmitry Valuev, told NG.

At the same time, the new sanctions will also affect the European Union. The head of the Munich Security Conference, Wolfgang Ischinger, called the move an "unfriendly attempt" by the Americans to promote their commercial interests at the expense of the EU. The new bill will alienate the United States from its European allies and affect the transatlantic partnership, Ischinger concludes.

In Europe, many specialists believe that the new sanctions will negatively affect a number of joint projects that European companies implement with Russia, such as, for example, North Stream-2 gas pipeline. The European Commission also believes that the new anti-Russian sanctions will affect a significant number of European companies that conduct legitimate businesses with the Russian Federation in such areas as finance, mining, transportation and railways.

The Russian Federation should work on highly painful measures for the United States in response to the introduction of new anti-Russian sanctions, the head of the Senate Committee on International Affairs, Konstantin Kosachev said.

"There is no need to rush. Our official reaction to these sanctions should follow only after the law comes into force, and we must prepare a tough response, because we must do it. The reaction may not be symmetrical, but it should be painful for Washington," Kosachev wrote on his Facebook page.

According to the senator, Russia should build relations with the rest of the world, rather than with the USA. For example, Russia and the EU could create a "temporary misalliance", taking into account the fact that new US sanctions cause damage to EU's interests. Senator Kosachev also believes that the adoption of the law about the new sanctions demonstrates inevitable degradation of the bilateral cooperation between Russia and the USA.

The original editing of the draft law proposed tightening sanctions against Russian oil and gas companies. Until recently, American businesses could credit Rosneft, Gazpromneft, Novatek and Transneft for up to 90 days. Now, the goods or services that these companies purchase in the United States must be paid for within two months.

American companies are prohibited from supplying goods, services or technologies for the exploration and production of Russian oil in deep waters, on the Arctic shelf and in shale formations if Rosneft, Gazprom, Gazpromneft, Surgutneftegaz or Lukoil are involved in the process. Another amendment that overseas oil giants have lobbied bans the use of American goods and technologies only for new projects, whereas already existing projects shall be exempt from the new restrictions.

To humiliate the Trump administration even more, the provisions to restrict the rights of the US president to suspend or lift sanctions have been preserved. At the same time, Congress generously allowed the president to make exceptions for those individuals and legal entities (including foreign ones) who make significant transactions with Russia's Military Intelligence Agency, the FSB and other law enforcement agencies.

Noteworthy, it was US-based business giants that mitigated the bill about the new anti-Russian sanctions. Exxon, BP, General Electric, Boeing, Citigroup, MasterCard, Visa, Ford, Dow Chemical, P & G, International Paper, Caterpillar and Cummins hired lobbyists not to adopt the document in its original form. The companies were not opposed to the expansion of anti-Russian sanctions in general - they only demanded they do not harm their businesses. Two years ago, leading American corporations were much bolder: they demanded the White House and Congress should be more careful in resorting to the sanctions policy as it may put their business in Russia in a disadvantageous position compared to Asian and even European competitors.

It is impossible to imagine a situation, in which US congressmen would gather to vote for the abolition of sanctions against Russia. By and large, US-Russian relations return to their usual abnormal state. The relationship between the USSR, then Russia and the United States has never been normal. Since 1974 and up until now, there was not even one day, when the USSR and Russia could live without US restrictions whatsoever. The US establishment has never seen Russia as a friendly state, no matter who was in power in the Kremlin - Brezhnev, Gorbachev, Yeltsin or Putin.