The European Union will respond should the USA's new sanctions against Russia harm the interests of European companies, the Financial Times wrote. 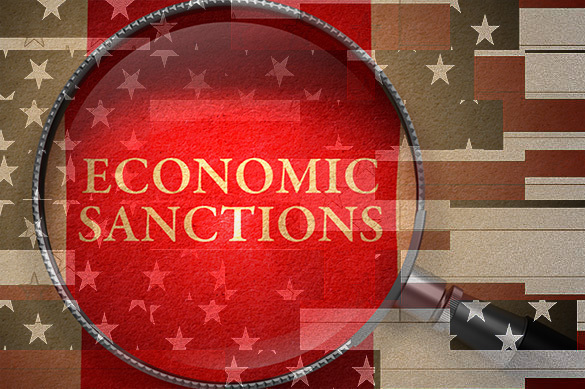 According to the publication, it was chairman of the European Commission (EC), Jean-Claude Juncker, who announced the readiness of the EU to react to USA's move. The document prepared for the meeting of the European Commission also contains a requirement for Washington to publicly acknowledge (in written form as well) that the new sanctions would not show a negative impact on the interests of European businesses in Russia.

Europe fears the new sanctions against Russia may affect the implementation of a number of projects, which European companies have with Russia, such as Nord Stream-2, for example.

Officials with the European Commission also said that the new sanctions may affect many European companies that conduct legal businesses in Russia in such fields as finance, mining, transportation and railways.

What consequences may contradictions in the EU-US relationship lead as long as the new anti-Russian sanctions target not only against Russia, but also the development of the EU?

"The EU and Russia understand very well that American sanctions pursue the goal to restrain the development of Western Europe. These sanctions intensify contradictions within Europe, because the US does not need the strong EU at all. Can we say that Brussels can now see clearly?"

"I have to say that there are no European countries now that support the USA in its initiative to toughen sanctions on the Russian Federation. The countries of Old Europe are ready to improve ties with Russia and even develop some kind of allied relations. Eastern European and Scandinavian countries - Sweden or England, for example - say the Americans should tighten the sanctions. The EU is divided. If the sanctions affect interests of German, French or Western European companies, governments will have to interfere. There is an election campaign taking place in Germany, and Angela Merkel does not want to look like a vassal of the USA in the eyes of her voters, of course."

"The new sanctions will cause biggest problems to the energy security of EU countries. Poland and Ukraine, in turn, serve as an American barrier on the way of cooperation between Russia and the EU. Do you think Germany and other leading European economies understand that their energy security without Russia is impossible?"

"The Americans believe that Russia uses energy as a political weapon. Yet, the Americans do it too. European sanctions limit Russia's opportunities in Europe. The EU and America accuse Russia of putting political and energy pressure on other countries. What does the USA do now? I wonder if European leaders can stand up against the United States. European officials will have to come to a certain agreement with Americans again, because if they fail to do it, Europe will be divided even more. The USA wants to supply its gas to Eastern Europe. The EU will have to prove it to everyone that Europe is not a vassal of the United States. The EU will have to think and develop its own position as far as cooperation with Russia is concerned."