Russian Navy works on special surprise for the West

Russia builds small missile ships of Karakurt project at the Zelenodolsk plant named after A.M. Gorky. The Russian Navy plans to receive 18 of such ships. The new ships are said to surpass their predecessors in their combat power and seaworthiness. They are believed to become the new formidable weapon to strengthen Russia's maritime borders and enhance the presence of the Russian Federation in the Mediterranean Sea. 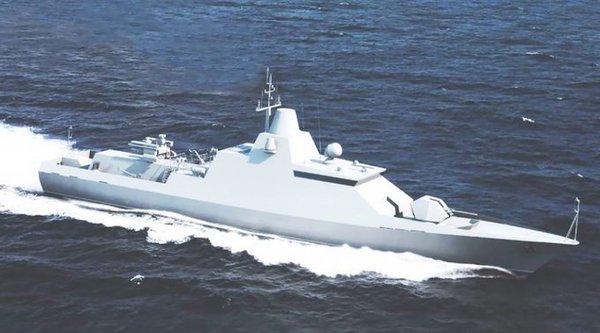 The ships are named "Karakurt" after a species of spiders from the genus of black widows, whose bite can be lethal to animals and humans. The new ships, 60 meters long and ten meters wide, can travel at 30 knots and remain in autonomous navigation up to 15 days.

In the future, Karakurt ships will comprise a powerful group of missile ships. Their production takes about a year and costs less than the assembly of destroyers and cruisers, and they are slightly inferior to the latter in their combat capabilities.

The work to build the new vessels is conducted as part of the nation's efforts to upgrade its navy within the scope of the state armament program, which is to be implemented from 2018 to 2025.

Victor Murakhovsky, editor-in-chief of Arsenal of the Fatherland magazine, chairman of the Military-Industrial Commission of the Russian Federation, answered questions from Pravda.Ru correspondent.

"What is unique about these ships? Do they designate Russia's priority in the navy?"

"Yes, they are small class ships with a displacement of less than a thousand tons. At the same time, they carry powerful missile high-precision weapons: the Caliber-NK systems, which can be loaded with long-range cruise missiles. We've seen the system in action in Syria. A Karakurt ship can also carry tactical anti-ship missiles and anti-submarine weapons. This is a universal complex, but with an emphasis put on capabilities of long-range impact. Plus the ship carries antiaircraft weapons for self-defense, as well as air attack weapons and artillery weapons. This ship is, of course, for the near maritime zone, that is, it is not intended for ocean voyage. It is being built on several shipyards at once, including in the Crimea."

"I think that these are the ships, which chairman of the collegium of military industrial commissions Dmitry Rogozin called "muscular." It is capable of striking targets at long distances both at sea and on the ground. New Russian corvettes and frigates will be equipped with state-of-the-art high precision weapons. They will model the capabilities of US aircraft carriers, but will be a lot more advantageous."