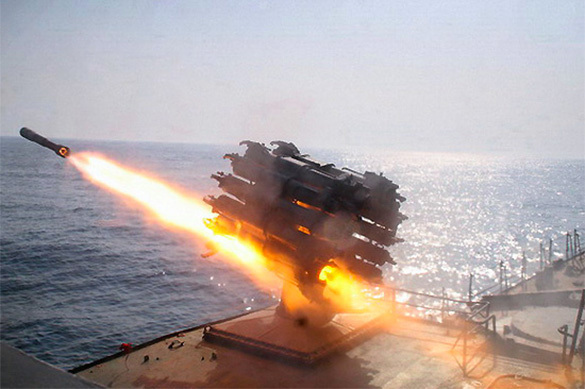 During the tests, a reconnaissance ship of the Polish Navy conducted a dangerous maneuver on the brink of permissible international rules in the vicinity of the area, where the Russian frigate was testing its weapons. The distance to the Polish ship of the North Atlantic alliance was about 14 kilometers.

Frigates of project 11356, to which the "Admiral Makarov" belongs, are equipped with two installations for 12 missiles each. The firing range of the complex for targets at medium and high altitudes reaches 50 kilometers, whereas the destruction zone - up to 15 km. The state-of-the-art "Shtil-1" air defense complex has not been passed into service yet - it goes through the final stage of official tests.