The Russian industry is ready to build a 100-ton ballistic missile, Deputy Prime Minister Dmitry Rogozin said. According to him, the same can be said about the Barguzin railway-based missile system. The projects are "on the level of absolute readiness of the industry for their implementation, should the relevant decision be made to include the projects in the state armament program," Rogozin said when answering a question about the stage of readiness of the Bargain railway-based missile system and the 100-ton heavy ballistic missile. 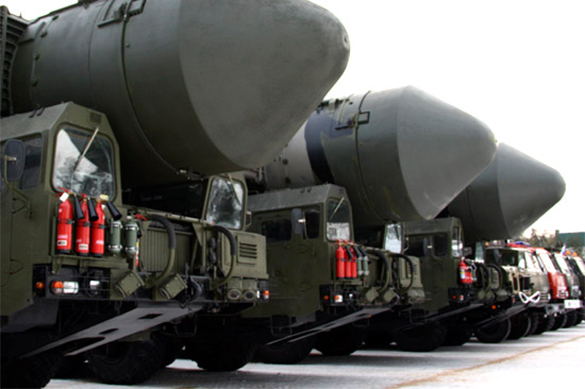 During the times of the Soviet Union, Strategic Missile Forces had three divisions of "Molodets" rail-based missile systems (NATO reporting name SS-24 "Scalpel"). The complexes were deployed in the Kostroma region, Perm and Krasnoyarsk regions. There were 12 "nuclear trains" in total, each of them carrying three missiles.

The complexes were passed into service a few years before the collapse of the USSR, in 1987. In the West, the new Soviet complexes were dubbed "ghost trains."

The railway-based complexes were decommissioned in 2003-2005 without extending the resource of their service. Those complexes were designed by "Yuzhnoye" design bureau in Dnepropetrovsk, Ukraine. The current development is exclusively Russian.

Missile tests for the Barguzin systems took place in November of last year. Noteworthy, it became known this week that the Ministry of Defense decided to delay the tests of RS-28 Sarmat ballistic missile. The Sarmat missile is to replace RS-18 Voevoda missile complex (NATO reporting name - SS-18 "Satan"). Originally, it was planned that the liquid-fuel rocket RS-28 Sarmat will be passed into service in 2019-2020. The missile is said to be a carrier of hypersonic blocks, which will be capable of breaking through any existing missile defences.

Dmitry Rogozin also talked about the prospects of the Russian Navy. According to the vice-premier, Russia currently puts emphasis on "muscular" vessels, as he said. "They are the ships that can carry a variety of arms. In a nutshell, a Russian corvette of smaller displacement should be equal to a cruiser of naval forces of the West," Rogozin said. In addition, he noted, the Russian navy is provided with all necessary nomenclature of nuclear power plants.

Last week, deputy commander-in-chief of the Russian Navy, Victor Bursuk, announced plans for the construction of another aircraft carrier. Presently, Russia has only one such vessel - the Admiral Kuznetsov. However, even though the Russian Defence Ministry shows interest in the creation of another aircraft carrier, these plans are very far from their practical implementation.