Putin in Hamburg: Ten meetings of the Russian president

The talks between presidents of Russia and the United States will take place on the sidelines of the G20 summit in Hamburg, Germany. Vladimir Putin and Donald Trump have a lot to discuss indeed, and 30 minutes can hardly be enough for such a landmark meeting. Obviously, one should not expect any breakthrough decisions from the first "trial" meeting of the two presidents. The two leaders will have to conduct a separate meeting outside the summit to be able to discuss a variety of issues properly. In addition, it is about time Washington should take a clear position about the future of USA's relations with Russia. 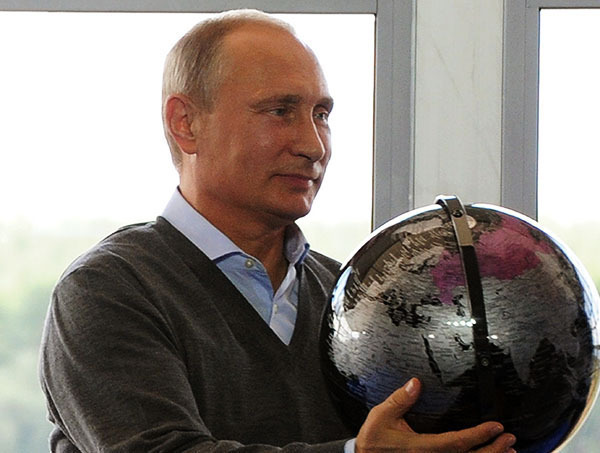 Russian President Putin will hold more than ten meetings with other leaders at the summit, assistant to the president of Russia, Yury Ushakov, said.

An informal meeting of BRICS leaders was held in the morning of July 7. "In general, BRICS member countries use major international multilateral events to coordinate their positions. This has been a good tradition for quite a while. Today, a very constructive work meeting was held," Putin's officials spokesman Dmitry Peskov said.

Another round of Syria talks has recently ended in Astana with no results. Representatives for the Syrian delegation claimed that it was precisely because of Turkey's unconstructive position.

Certainly, Vladimir Putin will discuss the regulation of the crisis in Syria during the meeting with French President Emmanuel Macron. The crisis in Ukraine will be another important subject for discussion. Putin is expected to discuss this topic during a trilateral meeting in Hamburg with Emmanuel Macron and Angela Merkel.

With Japanese Prime Minister Shinzo Abe, the Russian president plans to discuss the conclusion of  a peace treaty. Of course, much attention will be paid to the situation on the Korean peninsula. Putin will discuss this question during his first meeting with the President of South Korea, Moon Jae-in.

Vladimir Putin and European Commission President Jean-Claude Juncker are expected to talk about  the normalization of trade, economic and investment cooperation between the Russian Federation and the EU. "In the energy sector, it is expected to discuss the Nord Stream-2 project and gas supplies to Europe through the Turkish Stream, prospects for the resumption of the EU-Russia Energy Dialogue," Yury Ushakov said earlier.