Putin and Trump greet each other in Germany

Presidents of the United States and Russia met on the sidelines of the G20 summit in Germany. Vladimir Putin and Donald Trump greeted each other while waiting for an event to start. 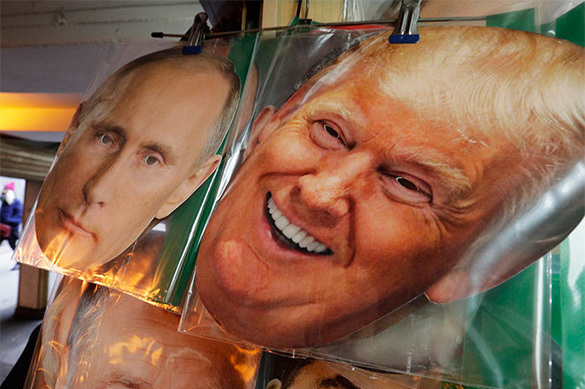 Vladimir Putin arrived in Hamburg last night. According to him, Russia will urge partners to unite in the fight against terrorism.

"And this time, we will call on G20 partners to unite in countering terrorism, to jointly counteract political, social, economic and ideological prerequisites that contribute to the emergence of terrorism and its expansion," Putin stated, RIA Novosti reports.

President of the United States Donald Trump admitted earlier that he was looking forward to meeting Putin. The long-awaited negotiations between Putin and Trump are to be held today, July 7,  on the sidelines of the G20 summit in Hamburg. The meeting is set to begin at 16:45 in Moscow.