An upgraded version of the strategic Tu-160 bomber aircraft, also known as the "White Swan," is to be passed into service only in 2022 in the amount of 30-50 pieces. This raises serious concerns in the West. 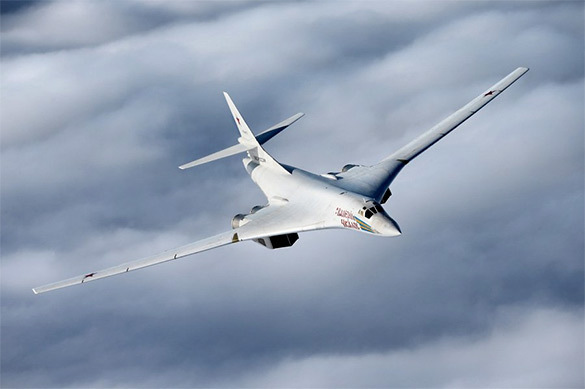 In March 2012, soon after his reelection, President Vladimir Putin put forward a large-scale modernization program for the Russian army. The program is to be completed by 2020. The main goal of the program is to upgrade all weapons, train 250,000 soldiers and officers capable of handling high-tech weapons and develop a traditional national army ready to serve the Fatherland under all circumstances.

This reform was called "Program 2020." Speaking about advantages of project at a special meeting, Putin outlined its main idea: the military industry as the center of economy and science, as well as social life of Russia. Indeed, the Russian military industry is the core for all countries and peoples striving for freedom, independence, progress and development.

During the discussion, some of the participants noted that the program can be implemented by 2020 only on the level of 70 percent at best.

"President Putin's program will be implemented at 100 percent," Deputy Prime Minister and head of the military-industrial complex of Russia Dmitry Rogozin said then.

The flying fortress Tu-160M2 is considered to be one of the most important achievements in the Russian military. The aircraft is an updated version of the Tu-160 bomber, also known as  the "White Swan."

The new "Swan" has significantly strengthened Russia's military arsenal, which became reason for concern for American experts in strategic aviation.

According to The National Interest, the Tu-160 bomber (NATO reporting name "Blackjack"), will go into operation in 2022. Russia's Air Force will be expecting 30-50 aircraft of this particular model at once. The implementation of this program is quite realistic, if the Tu-160M2 is produced in batches every two or three years at all aircraft-making companies.

The main advantage of the new bomber is built-in cruise missiles, capable of delivering high-precision strikes. In addition to the fresh design, the Tu-160M2 is now equipped with modern avionics and an upgraded engine.

For the time being, the Tu-160 is the largest, most powerful and heaviest of all supersonic bombers.