In 1999, Russia announced the works to create a new strategic bomber to replace Tu-95MS and Tu-160 bomber aircraft (the White Swan, NATO reporting name Black Jack). The new plane was to be ready by 2010, but the plans did not materialize, due to shortfalls in the development of the engines. 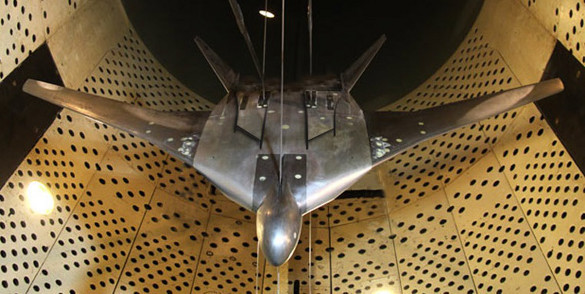 It was said later that Russia would be able to afford five Tu-160 strategic bombers from 1992 to 2027 worth $100 million apiece. The cost for the development of such an aircraft was evaluated at $35 billion. The maximum take-off weight of the new strategic bomber, dubbed as PAK DA, was said to be no more than 125 tonnes. The aircraft was expected to take off for its maiden flight in the period from 2015 to 2021. To execute the program to assemble 100 bombers before 2027, one was supposed to make one bomber a month.

In later 2009, the command of the Long-Range Aviation of the Russian Air Force said that the PAK DA bomber would replace long-range strategic bombers and missile carriers such as Tu-160, Tu-95MS and Tu-22M3. It was also stated that the new bomber would enter service in 2025-2030. It was said that the PAK DA would replace the Tu-22M3, which suggests that the new bomber will be an all-mode supersonic strategic airplane - something between Tu-22M3 and Tu-160.

In November 2013, Russian media reported that the coordination of the project with the Ministry of Defense was completed in September 2013. The works on the full-scale construction of the PAK DA aircraft were said to start in 2014.

The new aircraft will continue the ideology of the Tu-160 and will not be similar to the B-2 stealth bomber of the USA. The PAK DA will be able to take off from different types of airfields, even from ground and shorter runways. The aircraft will carry conventional and special high-precision guided weapons (missiles and bombs), to overcome any air defense system and operate in any theater of military operations, in any weather and climate conditions.

The stealth technology will also be used in the production of the new aircraft to reduce the effective reflective surface. The plane will be shaped like a flying wing, with two powerful engines built into the hull in a way to reduce the infrared signature of engine emissions.

According to British experts, the Russian long-range aviation bomber will also be equipped with a new version of the guided KAB-1500 bomb weighing 1,500 kg. The arsenal of weapons will be placed in up to five bomb bays.

The commander of the Russian Air Force stated that the new planes would serve for more than 50 years, as combat capabilities of the new aircraft were dramatically enhanced as a result of modernization works.