When will Russia's Reserve Fund disappear?

A lot has been said and written recently about the impending exhaustion of the Reserve Fund of Russia. One could hear such statements from officials representing the Ministry of Finance and the Accounting Chamber. On the one hand, it seems that officials remain open about the current state of affairs in Russian financial policies. On the other hand, such statements create an environment that can hardly be called healthy. 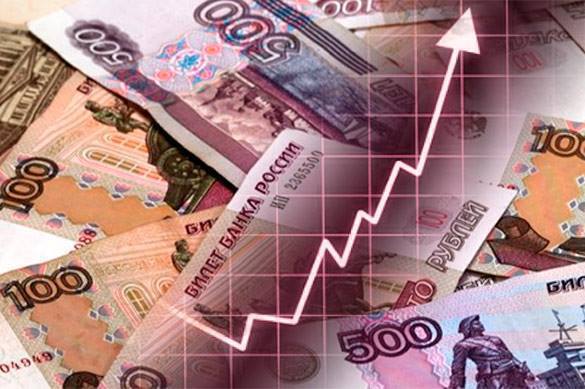 Liberal media contribute most to this environment with headlines like "Money in the Russian Reserve Fund To End Next Year." When writing such headlines, most of those liberal publications do not show even a vestige of knowledge in the subject. They do not say a word about the fact that Russia has other reserves. As a result, most Russians are led to believe that the Reserve Fund and state reserves are one and the same thing. Is it time to panic?

Incidentally, patriotic economists may share quite "liberal" views as well. One of them, for instance,  Mikhail Khazin, wrote in his blog the following: "As a result, when Russia runs out of its reserves, and it was clear that they would run out sooner or later..." Mr. Khazin believes, though, that one should invest all income in the the growth of economy in a hope that a stronger economy would automatically weaken any crisis.

To begin with, all of Russia's reserves are far from being exhausted. Let's look at the dynamics of the Reserve Fund and the National Welfare Fund. The first holds more than 30 billion dollars as of early December 2016. This is a lot less than prior to the beginning of the crisis over Ukraine - 87 billion in March 2014. Yet, Russia's Reserve Fund made up a much smaller amount in January 2012 - 25 billion dollars.

The reserves of the National Welfare Fund were diminishing at a mush slower pace, having decreased from 87 to 71 billion dollars as of December 1, 2016.

The most important indicator in the evaluation of Russian reserves is gold and currency reserves controlled by the Central Bank of the Russian Federation. They currently amount to $400 billion, fluctuating in either direction, depending on the rates of reserve currencies. In March 2014, Central Bank reserves amounted to nearly $500 billion. This is a considerable difference to the downside. Yet, the "bottom" of $350 billion of foreign exchange reserves was reached in April of last year, and the reserves have been growing since then. The Russian Central Bank lost $90 billion in the summer and autumn of 2014, until the bank abjured the costly idea to support the solid ruble rate and introduced the floating rate for the national currency.

Summarizing the assets in the Reserve Fund, the National Welfare Fund and gold and foreign currency reserves of the Central Bank is impossible. Almost all assets of the first fund and a considerable amount of the second one are on the balance sheet of the Central Bank. They appear as international reserves. As long as Russia has been able to keep its major reserves in the recent 18 months nearly untouchable, there is every reason to believe that the trend will continue. Russia's reserves will be enough for ten years minimum, even if the current complicated economic and political situation remains the same.

Interestingly, if oil prices remain at a level of not less than $ 50 per barrel, Finance Minister Siluanov predicts the replenishment of the Russian Reserve Fund in 2017 by one trillion rubles.