The golden age of the Russia ruble

One hundred and sixteen years ago, Russia produced its first gold coins. On January 15, 1897, the Russian Empire switched to gold money, which marked the beginning of the era of economic monetary reforms conducted by Finance Minister Witte. As a result of those reforms, the gold ruble became the hardest currency in the world, pegged to gold reserves of Russia. 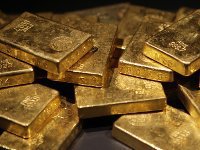 Before the advent of gold coins, the Russian Empire had a silver standard. At the end of the 19th century, the need for reforms was prompted by changes in the global economic arena, when gold currency became the basis oft the single monetary system that developed countries created. The introduction of the gold standard in Russia was largely based on favorable conditions in the field of public finance. However, initially the reform by Sergei Witte was met with hostility. The transition to gold was inevitably accompanied with the devaluation of the ruble. Moreover, The majority of representatives of the State Council, who were in charge of the fate of the state, considered the devaluation of the national currency a "humiliation of public esteem."

However, there was another reason not to allow the stabilization of the ruble. Foreign financial circles and the Russian bourgeoisie were against it. For them, the volatility of money was a factor that increased their income, including the income from the exports of grain. Thus, Witte's reforms were going against all speculators, who were getting rich on the difference of currencies. In this context, the preparation for the transition to the gold standard during the 1880s was conducted secretly. The results were made public only after Sergei Witte won the favor of Emperor Nicholas II.

Choosing an orienting point among neighboring European countries, Finance Minister Witte decided to opt for the gold standard, which was in vogue in England. The industrial growth that began in 1893 in the Russian Empire accelerated the currency reform. In 1895, there was a right to trade for gold, whereas the State Bank obtained an opportunity to buy gold coins and effect payments with them.

That same year, the State Bank, government agencies and offices of railways began to accept coins made of the precious metal. The rate of the paper ruble was set on the level of 7 rubles 40 kopecks per gold semi-imperial worth 5 rubles. After 1896, the rate inched up 10 kopecks. The royal decree "On the minting and issuance of gold coins" by the great economic reformer Witte was published on January 3, 1897.

One new ruble was equal to 0.7774234 grams of pure gold. The coins of precious metal were produced at face value of 5 and 10 rubles. There were also imperials (15 rubles) and semi-imperials (7.5 rubles). A coin of ten rubles, or the so-called St. Nicholas ducat, which depicted the portrait of Nicholas II, contained 7.74234 gram of pure gold. The coin weighed 8.6026 grams. The Russian gold ruble, from the point of view of the content of gold, was twice as heavy as the Mark and twice as light as the dollar.

Interestingly, in contrast to other economies of the world that recognized the ruble the hardest currency in the world, Russian people did not recognize their own gold coins. People did not like them: they tried to get rid of them as quickly as possible. The coins were commonly referred to as "zheltyak," - the word derived from adjective "zholty" which means "yellow."

However, people's discontent, or, perhaps, fear of gold coins did not stop the government from improving its investment appeal. The gold reserves, to which the new currency was pegged, shielded the economy from external factors, and the ruble - from inflation. The State Bank increased gold assets from 300 million to 1095 million rubles. Thus, the coins of precious metals corresponded to the number of banknotes in circulation - 1121 million rubles. As a result, it became possible to exchange banknotes for gold without restrictions.

In addition to the five- and ten-ruble coins, which in Moscow were referred to as "matildors" in honor of Witte's wife, and "wittekinder," Sergey Witte proposed to introduce a small coin, called "Rus". However, the money with the patriotic name was never produced to avoid confusion.

Pretty quickly, Witte's reforms strengthened the internal and external exchange rate of the ruble. Capitals began to flow in owing to the improved investment climate. Another plus of the reforms was the weakening of negative effects of the industrial recession of the early 20th century, which was accompanied with massive bankruptcy of Russian companies.

From 1900 to 1903, up to 3,000 factories were closed in the country, resulting in the growth of unemployment. Industry started to overcome the crisis only in 1903, when the Russian Empire was on the verge of the Russian-Japanese War. However, the economic strength and stability of the state helped Russia survive the war. Even the defeat of the Russian Empire in the war with Japan did not revert foreign bankers and industrialists from cooperation with Russia - they were still certain of the hardness of the Russian gold ruble. The free exchange of paper money for gold stopped in the Russian Empire during the beginning of the First World War.

On July 29, 1914, during the beginning of mobilization to military districts on the border with Austria and Hungary, Minister of Finance Witte signed decree No. 2096 that marked the end of paper-to-gold exchange. As a result, 629 million gold coins settled in people's pockets, because people did not want to give their gold coins to the state.

The consequence of that was the cash crisis, which occurred due to the shortage of banknotes. However, balanced budgets allowed Russia to save more than 5800 million of free cash by the beginning of WWI, which helped the country survive the war with dignity.