Why does Russia still deliver its technology to the West?

Russian company NPO Energomash will deliver 14 RD-181 rocket engines to the US-based privately run company Orbital ATK in 2017-2018. The Russian engines will be installed on US Antares rockets. The first launch of the US-made carrier rocket equipped with two RD-181 engines on the first stage is said to take place on October 16. 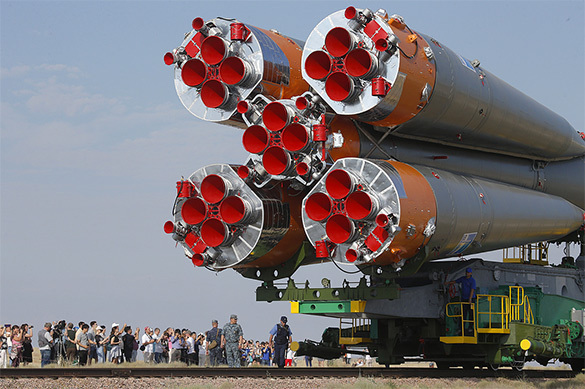 Pravda.Ru interviewed several experts in an attempt to find out whether Russia should deliver its technology to the West at the time when the West continued tightening sanctions against Russia, including in the field of the technological development.

"Does Russia need to ship its rocket engines to the West while the West restricts Russia's access to state-of-the-art technologies and equipment?"

Chief editor of Arsenal of the Fatherland Journal, chairman of the Military-Industrial Commission, Viktor Murakhovski said:

"Russian rocket engines enjoy worldwide demand. Russia's rocket engine technology is superb. As for the sanctions against Russia, I believe that the Russian administration does not consider it right to terminate ties with the United States yet. The time of the Obama administration will end soon, so a lot will depend on the stance of the next administration. Russia is ready to cooperate, but let's wait for the results of the US presidential election."

"The matter is not about the sanctions. There is a long-term program for cooperation with the United States in launching cargo spaceships, and Russia delivers its engines to the USA within the scope of this program.

"A bad peace is always better than a good war. Economic sanctions will someday be lifted or eased, but life goes on. Any isolation is harmful. Therefore, if Russia quits cooperation in the field of technological development, it will cause even more harm."

Reference: The RD-181 is a high performance single-combustion chamber rocket engine, developed in Russia. It is derived from the RD-170 originally used in the Energia launcher. The engine is fueled by a kerosene/LOX mixture and uses an oxygen-rich staged combustion cycle. The RD-181 is based on the RD-191 and is adapted for integration on the Antares rocket. Two engines will be used on the first stage of each Antares, which is currently used to carry cargo to the International Space Station under contract to NASA