US wants to punish Russia for its power and sovereignty

The US Senators unanimously condemned Russia for recent 'military provocations' against the American troops. 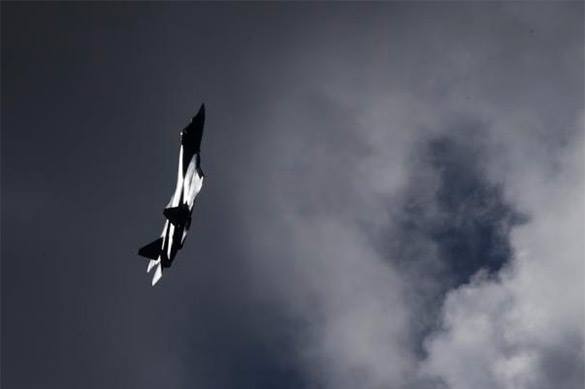 Draft resolution, which calls on the Russian authorities to stop its 'dangerous and unprofessional' acts against the US, was introduced by a Republican David Perdue.

The report comprises incidents, when the Russian Air Force allegedly violated international aviation norms regarding the US.

The US believes Russian Su-27 followed the American aircraft in the Black Sea 'in unsafe and unprofessional manner' in January 2016.

Thus, they call on the authorities of the US and their allies to 'increase pressure against Russia' and oblige it to 'stop its provocative international behaviour.'

The Resolution also contains data on Russia's rising potential in the field of cyber threats, which allows the country's developing towards 'paralyzing cyber attacks against extremely important infrastructure of the US.'

Authors of the Resolution are sure that Russia aims to impede 'US access to key regions of Eurasia, challenging the American interests'. As Russia 'builds-up its military potential and increases its capabilities' in Kaliningrad, in the Arctic, the Black Sea, in the Eastern part of the Mediterranean and in Syria.

Stratfor had already analyzed recent incidents with involvement of the Russian Air Force and NATO's aviation. Analysts made a dramatic (for the West) conclusion - Russia is not an aggressor, it just defends its vitally important territories. And it conducts interceptions only when it's necessary, to demonstrate its control over situation.