Western media have started to notice positive changes in the Russian economy. Russia is an attractive country for foreign investors. Domestic investors have been showing signs of life as well - they were ready to buy the stock of Russian Eurobonds. Sanctions no longer frighten people, because there are long-term attractive projects in Russia. 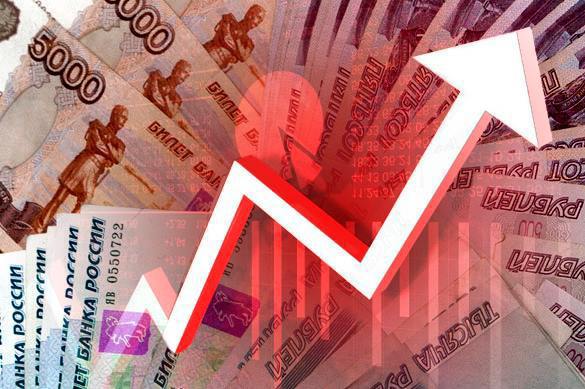 The Wall Street Journal was surprised to find out on May 25, 2016 that Russian Eurobonds were selling well even without the participation of Western banks. For those who don't know, eurobonds are issued for up to 40 years and are usually sold to financial institutions, such as investment companies, pension funds and insurance companies. This is one of the most reliable financial instruments in the world due to transparent procedures.

Russia has issued its dollar eurobonds for the first time in ten years, but there was no need to seek foreign investors' assistance, director of the department of state debt and state financial assets of the Ministry of Finance of the Russian Federation, Konstantin Vyshkovsky said. The move was made to "confirm presence in the market and study investors' sentiments," Prime news agency quoted the official as saying.

In early 2016, Russia's Finance Ministry sent a requests to arrange the issue of eurobonds to 25 foreign and three Russian banks. Yet, US and European regulators recommended Western banks to refrain from participating in the deal. According to foreign investors, there were two aspects that stopped them from buying Russian Eurobonds: Russia's VTB Bank is on the sanctions list, and the need to use the Russian National Settlement Depository for money transfers. Nevertheless, according to Finance Minister Anton Siluanov, the bids placed were evaluated at seven billion dollars (vs. three billion of announced placements). As a result, more than 70 percent from the first placement of Russian eurobonds accounted for foreign investors, mostly from the UK.

What led them to invest in the Russian economy?

Russian Eurobond have very attractive conditions. Ten-year bonds guarantee a sufficiently high income in the amount of 4,65-4,9 percent, which is twice more than usual.

"This is more profitable for investors than buying multiple securities of developed and developing countries," Nikita Maslennikov, an economist with the Institute of Contemporary Development told Pravda.Ru. "British investors" is like a pseudonym," the expert said. - "The United Kingdom is very actively involved in the London financial center for Asian investors. Therefore, the companies that operate within the British jurisdiction, work for the interests of Asian investors," the expert added.

The presence of the National Depository in the sale of Russian eurobonds appeared as a test to check the readiness of the Russian financial infrastructure for further operations with Russian sovereign bonds, which is a very important aspect, Nikita Maslennikov said.

In this context, it would be good to issue treasury bonds for domestic investors, who demonstrated great interest in eurobonds. Russian banks have free liquidity due to low demand for loans, and Russian investors will be happy to invest in government bonds.

On May 24, 2016, Bloomberg wrote about large-scale reconstruction of the Russian economy. The transition to the floating exchange rate of the Russian ruble has helped many sectors of the Russian economy, the agency said. Agriculture, food and chemical industries and domestic tourism have been showing impressive growth, Bloomberg said with reference to Deputy Finance Minister of the russian Federation Maxim Oreshkin. According to him, Russia's longest recession in 20 years may end in the third quarter of 2016, he promised.

The sale of Eurobonds has thus demonstrated investors' confidence in the Russian economy. In the Doing Business ranking of the World Bank, Russia has climbed to the 51st position. According to Ernst & Young, corporate corruption in Russia has declined to the level of US corruption. Only eight percent of Russian companies reported that their industry uses bribes to obtain contracts. This is lower than the global (11 percent).

No need to say that the potential of the Russian economy is underestimated in the West, largely because of the propaganda campaign. Russia should stop trying and start working with investors, including domestic ones. Russia is deeply integrated into the world economy and the global financial system. Europe is entirely dependent on the Russian oil and gas, so Russia's isolation is impossible.