Russia determined to intercept any drone violating its airspace

Russia's new radar will be able to detect not only ground, but also air targets. The new complex will stay on guard of both the state border and strategically important objects, spokespeople for the United Instrument-Making Corporation said. 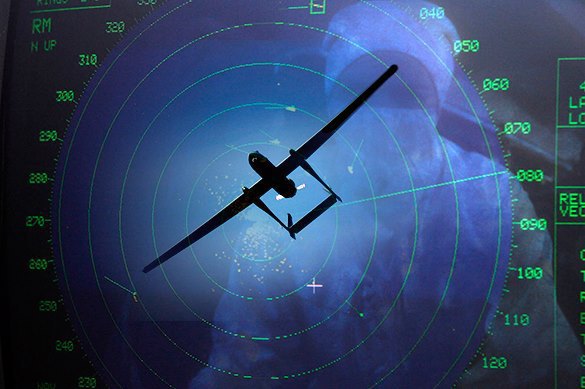 The new system consists of circular review radar "Forpost" and opto-electronic module "Polyot-1." The systems will monitor the movement of vehicles, people and small drones at a distance of 20 kilometers.

For the time being, the elements of the new radar complex have shown excellent results in their tests, Deputy CEO of the United Instrument-Making Corporation, Sergey Skokov said.

According to Skokov, the system is to be integrated into an unmanned aerial vehicle for air surveillance activities.

The opto-electronic module of the system is equipped with a thermal imager and high-sensitivity cameras to monitor territories in a radius of several kilometers around the clock, in all weathers.

The ability to track small objects is a great advantage of the new radar complex. Reports about incidents of violation of Russian airspace by unidentified aircraft have recently made quite a few headlines in Russia. The first report came from Petropavlovsk-Kamchatsky, where an unidentified aircraft was detected at an altitude of ten thousand meters. The aircraft ignored attempts of the Russian air traffic controllers to establish contact with it and left the Russian skies in a while. According to experts, the unidentified aircraft could be collecting intelligence information.

A second message of almost the same content arrived from southern territories of Russia. It was reported that a Russian radar detected an unidentified drone flying in the sky near the Crimean Peninsula. As soon as the UAV approached the border of the Russian Federation, a Russian interceptor took off. The drone was said to be the property of the US military.

Common people may find such incidents outrageous. However, chief editor of National Defense Magazine Igor Korotchenko told Pravda.Ru that aerial reconnaissance was a standard practice. According to Igor Korotchenko, NATO aircraft and drones take part in such operations on a regular basis.

"For Russia, it is most important to show our willingness to monitor violations of Russian airspace and be prepared to either force transgressors to land or shoot them down, as the last resort," said Igor Korotchenko.