It is only Russia that has fifth-generation fighter aircraft

The past and the future of the Russian aviation, unique Russian fighter planes, military doctrines of various countries - Pravda.Ru talked about these topics in an interview with Anatoly Kvochur, Distinguished Test Pilot of the USSR, Hero of Russia, who is known in the West as the "Russian flying legend" and one of the world's best test pilots of our times. 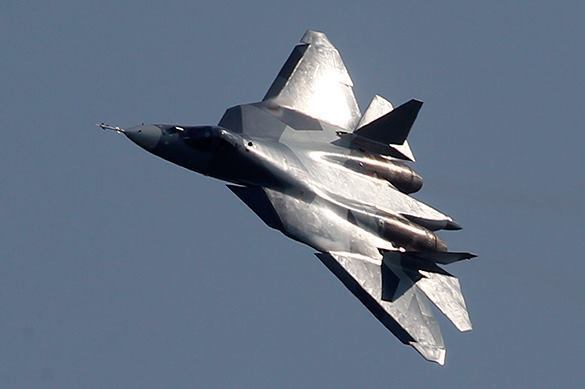 Russian air force after the collapse of the USSR

"What happened in the field of the Russian aviation after the break up of the Soviet Union and where are we going now?"

"During the recent years, Russia has created several unique aircraft. The Su-35 is already in use, and we have been testing the fifth-generation T-50 for several years. These are very good results, because no one could even think that it could be possible in the middle of the 1990s. Aviation is a very complicated industry. It was only the Soviet Union that could make mighty aircraft and helicopters independently. When the Union fell apart, many companies of the aviation industry found themselves abroad. This is, for example, Motor Sich - one of the largest companies in the world for the production, testing, maintenance, operation and repairs of 55 types and modifications of reliable engines. Today, this is a Ukrainian company. The Antonov design bureau that is famous for its world's largest An-124 aircraft, the factory in Tashkent, Uzbekistan, the maker of military transport and civil aircraft IL-76, as well as refueling tanker IL-78 - the list can go on and on.

"Russia has lost a lot. Time is one of the most important factors in competition. This is not only money, but also ideas, opportunities and specialists."

"President Putin said once that even if we have lost time, we have been able to create new technologies based on latest developments. Russia has even surpassed foreign competitors at this point."

"True. It turned out that the project for the development of F-22 Raptor fifth-generation aircraft started at about the same time with the Russian fifth-generation fighter. The Russian project was designed by MiG and was called Project 1.42. The project had no serial name, but the aircraft was built and it went for its maiden flight in 1994.

"The F-22 flew a little later, but there was a different approach to it in the US - the Americans could use not only their own resources, but the resources of the whole world. There were six companies taking part in the design competition. Afterwards, the six companies were divided into two associations, and each of them received funds from the budget for the construction of two test aircraft - YF-22 and YF-23. It was one and the same aircraft, but with different engines. The YF-22 won, and the winning corporation expanded with the help of the losers.

"The first real combat aircraft F-22 took off in 1997. The Americans apparently assumed that Russia was over with, so they relaxed. That was a big mistake that they had made.

The F-22, for example, was recognized as an unsuccessful project. About 150 aircraft were made, while the original plan was to make 700 jets. Now the production of this aircraft is discontinued. It could be an excellent aircraft with all the required features: low visibility, maneuverability, maintainability and cruising supersonic speed. Yet, the project was shelved."

"They found themselves in a situation where they have no 5th generation aircraft."

"They had a failed project, so they did not start building another aircraft of the same category. Unlike the United States, Russia has created a fundamentally different aircraft known as PAK FA T-50. In addition, Russia has launched the serial production of Su-35 - an intermediate variant, a heavily optimized and improved copy of the Su-27. Super-maneuverability, extensive flight range, qualitatively new sighting and navigation onboard systems  - all this indicates that the parity is likely to be restored."

"The F-35 is also said to be an unsuccessful project. Australian specialists compared the F-35 with Russia's T-50 and Su-35. As a result, the F-35 was named a third-generation aircraft with elements of the fifth-generation fighter jet."

"First, the F-35 is designed as a land-based, vertical takeoff and landing, short takeoff and landing and deck-based aircraft. The USSR had a similar jet - it was called Yak-41. Yakovlev Design Bureau was the only bureau that had the vertical take off and landing technology. They built the Yak-38 airplane for aircraft carriers. It could be a supersonic aircraft that, like the F-35, could activate the afterburner. The project was shelved when the USSR stopped in its development. I believe that our technologies drained abroad, because the Americans had no vertical take off and landing technology. They used the Harrier, a British plane. The UK is a very strong country in the aircraft-making industry.

"Russia's military doctrine is purely defensive. We must be able to protect our country and people. We do not need to board aircraft carriers to travel to other continents. The US military doctrine is a doctrine of global domination. If I am not mistaken, they have 17 aircraft carriers. Russia has only one. The Americans need the aircraft that they could bring to Vietnam, Cambodia, the Middle East and so on. A vertical take off and landing aircraft is what the Americans need most."

"They say that until recently, Russia did not have a multifunciotnal fighter jet."

"It was created, I was involved in this project, but the country was in ruins. For example, there was a unique MiG-31M aircraft. This aircraft had the supersonic cruising speed of 2,500 km/h. No competitors here! The maximum speed - 3,000 km / h. The MiG-31M could lift ten tonnes - six  large missiles with a range of 300 km. There was a powerful radar that would scan territory with a range of 300 km. In 1994, the project was stalled, and no one said why."

"As far as we know, the MiG-31 project has been brought back to life. There is the MiG-41 project."

"Indeed. The defense committee initiated several hearings in the State Duma to resume the production of MiG-31 jets. The project is still being discussed."

"We know that the Chinese are working on a fifth-generation fighter too."

"Yes, they have two fighter jets - they are both single-engine aircraft, but the power of the engines is different. Judging from press reports, China is testing its fifth-generation aircraft."

"What can you say about the Chinese fifth-generation fighter, specifically?"

"What can I say? China is the workshop of the world. They have everything - all the equipment and all the technology. After all, all electronic devices are made in China."

"It was reported that China is working on its own fifth-generation fighter jet while negotiating a contract for the purchase of Su-35 from Russia."

"If we are to deliver these planes to China, then one can only rejoice about it. However, when they buy a fighter jet, they also acquire the technology. They already have the Su-27 technology and they have built many of its analogues. In China, there is only one party that realizes the political will of the government. They do not discuss it there in which direction they need to go - they just go."