Russia's arms program will start to decrease in size after 2020. The businesses that currently operate in the defense industry should already think about the expansion of their "civil" production, Russian Deputy Prime Minister Dmitry Rogozin said when paying a visit to a shipyard in Crimea that used to be powerful and promising in the past. 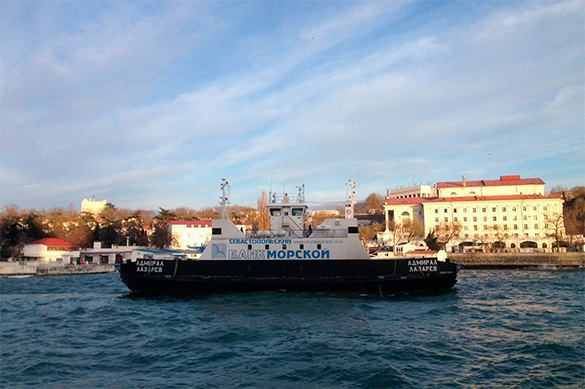 Shipbuilding in Crimea in an advanced state of decay

Pravda.Ru met chairman of the All-Russia movement for the support of the fleet, Mikhail Nenashev, to speak about the state of affairs in the shipbuilding industry in the Crimea.

During the Ukrainian era in the history of Crimea, the shipbuilding industry of the peninsula had been lost and forgotten. Routine repairs would not be conducted, equipment would not be upgraded either. "The Ukrainian period has led to the decline of shipbuilding and ship repair in Crimea," Mikhail Nenashev said.

"Now there is a new period in Crimea, when we plan large projects in the field of civil shipbuilding," said Mikhail Nenashev. First and foremost, he said, it goes about projects in the Kerch Bay, where large ships are going to be built and repaired.

The marine works in Sevastopol is recovering from the Ukrainian oblivion as well. As much as ten billion rubles need to be invested in the factory to make it run again.

"The factory in Sevastopol will be building Komet hovercraft. This factory used to produce vessels for the navy, as well as for export," the expert said.

Crimean shipbuilding to become of strategic importance for Russia

The marine economy of Crimea will be of great help to the Russian army. Crimean shipyards will be used to repair cruisers and amphibious ships after their combat missions to combat terrorism in the Mediterranean, in Syria and so on.

The Crimean marine production has great prospects in the civil direction as well: tourism and fishing.

It is most important to ensure full operation of the Crimean crossing in the first place, said Mikhail Nenashev. "The crossing implies the work of ferryboats and other passenger ships. The holiday season in Crimea opens in May, so we need to take every effort to make this holiday season comfortable for Russian tourists and those who will come to the Crimea from other countries."

As for the fishing fleet, it all depends on the all-Russian agenda. "The fishing fleet in Russia needs to be reformatted. The main problem is that domestic companies prefer to order vessels abroad, largely because this area of the shipbuilding industry has not had any serious development since Soviet times," the expert told Pravda.Ru.

In the past, a factory in the city of Kerch used to make drilling equipment and oil rig equipment. This is another area for development of Crimean shipbuilding.

The shipbuilding industry in Crimea is awaiting resurrection. The unique combination of defense, tourist, commercial and fishing opportunities for marine plants in Crimea will make these enterprises multifunctional, making Crimea a strategically important peninsula.

Also read: In 2015, Russia shocks and dazzles the West