Russia is developing fighter aircraft of the sixth and possibly seventh generation, the Commander of the Russian Aerospace Force, Viktor Bondarev said. The official did not disclose any details, but noted that there would be an unmanned version of the sixth-generation aircraft. 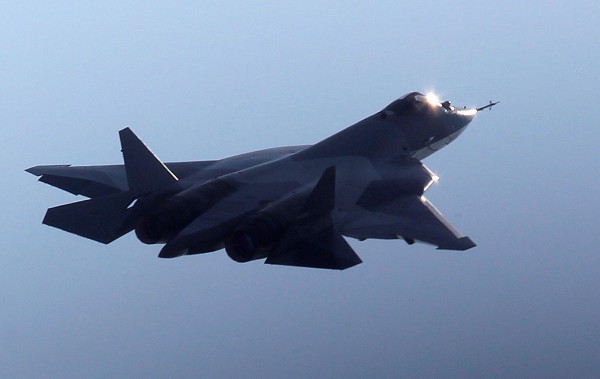 "If we stop now, then we will stop forever. The work on the sixth, and perhaps the seventh generation aircraft is underway. I have no right to say more," Bondarev told reporters, RIA Novosti reports.

According to the official, the sixth-generation aircraft will be designed in both manned and unmanned versions. "It will be modified in both versions," Bondarev said.

According to Bondarev, electronic equipment for an unmanned aircraft is "much more functional and can withstand any overload." "Can you imagine what opportunities an unmanned fighter, bomber or attack aircraft may have?" said Bondarev.

The commander of the Russian Air Force did not specify how much time the work to build the sixth-generation military aircraft may take. He made it clear, though, that the new plane would not be ready in the next few years.

The official noted that the Russian aircraft industry was conducting state tests for the fifth-generation fighter. However, he added, one needs to look a lot farther to proceed to a new quality of the Russian aviation.

To preserve positions in the industry, Rogozin said, one needs to rejuvenate the staff, consolidate the industry, use new technologies and cooperate with all those who can make this cooperation successful. It goes about new radio-electronic technology and new weapons in the first place, the deputy prime minister said.

Noteworthy, Vladimir Mikhailov, the head of the department for military aviation programs at the United Aircraft Corporation (owns more than 85% of Sukhoi design bureau), said in July 2014 that Russia may build the first sixth-generation fighter aircraft in the second half of the 2020s - i.e. in about 12 years, RBC reports. Afterwards, it was reported at Open Innovations Forum that Russia had already started developing the sixth-generation fighter jet.