During the 1950s, academician Andrei Sakharov offered Nikita Khrushchev to deploy tens of super powerful nuclear warheads along US maritime borders. According to Sakharov, the USSR would have been able to keep an eye on the ball without getting involved in the arms race. However, Khrushchev did not listen. Nowadays, this idea attracts attention again. 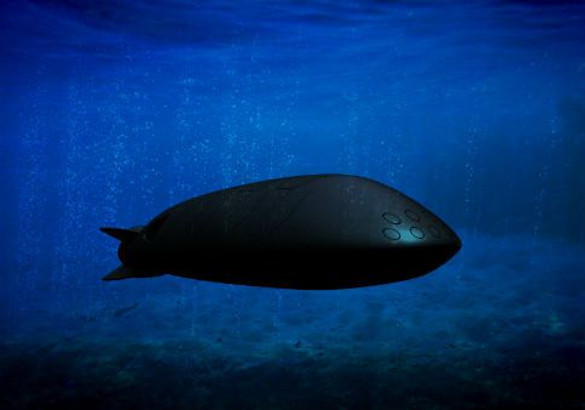 Let's go back to the beginning of the nuclear era and see what projects of nuclear weapons existed at the time.

The Germans were working hard to build a nuclear bomb, or rather, admitted the possibility of its creation. Yet, according to German scientists, a nuclear bomb would have to be built on a vessel because of its size. How could such a ship cross the Atlantic?

In the era of the Cold War, the Soviet Union developed the project of a super powerful nuclear torpedo almost 1.5 meters in diameter. The torpedo could destroy any port city or any naval base of the USA. Yet, the torpedo would have to be carried on board a submarine, although it was easier to mount such a warhead on a missile. As a result, both the USSR, the USA and then other countries developed underwater missile cruisers. The power of such warheads was limited to their size, whereas the size of missiles was limited to the size of submarines. What was the way out?

People tried to make a bomb, the explosive power of which would be unlimited. The first test of a hydrogen bomb was conducted by the United States on February 1, 1952 on the island of Elugela, Eniwetok Atoll in the Pacific Ocean. The three-storey structure was named Mike, and it was completely non-transportable. The explosion surpassed all expectations: its strength was equal to 10 million tons of TNT.

Shortly after the test, academician Sakharov offered Nikita Khrushchev to deploy tens of super powerful nuclear warheads with the capacity from 200 or 500 megatons along the US maritime borders. According to him, it would have been enough to push the button to explode them all near the US. The explosions would have also triggered massive tsunami waves to wash away US coastal areas into the ocean. Khrushchev refused from the offer.

Nowadays, there are reports from Western publications saying that Russian scientists are supposedly revisiting the idea. No one knows yet, whether such reports are based on factual data or plain rumors. There is no agreement that would outlaw the creation of unmanned submarines, Nor is there an agreement on the limitation of the power of nuclear weapons.

Such a submarine should be a robotic submarine capable of traveling under the water at a large depth, escape from enemy vessels and maintain combat readiness for years.

The hull of an unmanned submarine should be made of titanium. The material would ensure a diving depth of more than 1,000 meters (this depth is a guarantee of almost total invulnerability and stealth for a nuclear submarine).

The biological protection of the reactor on board an unmanned submarine can be decreased considerably. The construction will thus be lighter, whereas the warhead will be more powerful. The size of the submarine will be smaller (in comparison with manned submarines), and the walls of its hull can be thicker, thus increasing the immersion depth from 1,000 to 3,000 meters.

An unmanned submarine would thus be able to approach the coast of the United States in strategic areas and rest on the bottom of the seafloor awaiting orders. An order via deep-sea communication system will cause their simultaneous explosion and trigger giant tsunami waves along the coast.

It was US and UK that sank Russia's Kursk submarine