When is Russia going to lift food embargo to ease Europe's life?

Is Russia going to lift the food embargo? What will happen, if Russia softens its sanctions for Greece and Hungary? 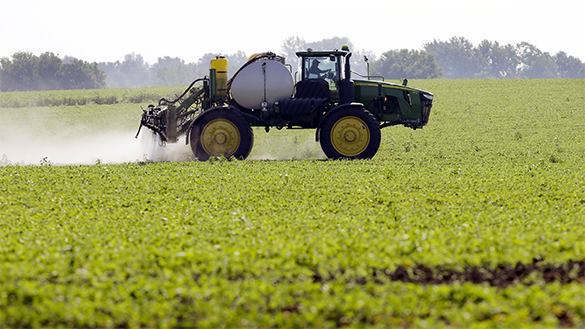 The period of sanctions has laid bare the problems that were not visible due to the abundance of imported goods in Russia.

The bill to lift retaliatory sanctions was submitted to the State Duma by Just Russia deputies. During the so-called food embargo, Russia has showed progress in the development of domestic agriculture for the first time in decades.

As for successful projects, one should point out the significant number of cheese factories. Russian entrepreneurs started producing domestic sorts of cheeses. Today, Russia has its own parmesan, ricotta, mascarpone and many others. At the same time, many Russian entrepreneurs fear that the government may lift the food sanctions, and Russian customers turn to imported products again.

The period of the sanctions has laid bare the problems that were not visible due to the abundance of imported goods in the Russian market. One of the main problems is the higher cost of Russian products, which, in some cases, is associated with outdated technology, but mostly, of course, with insufficient subsidies from the state sector.

Agriculture is an unprofitable industry in many countries of the world, as it depends on weather and climatic conditions. There is another problem - complicated and expensive logistics. This problem is especially serious for fisheries in the Far East of Russia. They can not meet the needs of Central Russia in, let's say, chilled salmon just because they are too far.

Now, when Norwegian fish is no longer on the Russian market, Russia eyes the development of the Northern Sea Route, on which one could deliver fish from the Far East to the central part of Russia a lot faster and less costly. Dagestan winegrowers complain of similar problems. They say that they can not meet the demand in grapes due to poor logistics, although the grapes harvest in Dagestan was very large last year.

No money for agriculture?

In a nutshell, the government saw the problems of domestic agriculture against the backdrop of sanctions. Therefore, the proposal to lift the sanctions sounded like a bolt from the blue.

In general, the European Union has lost 21 billion euros because of sanctions against Russia. This is what Spanish Minister for Foreign Affairs said in early February.

Therefore, it is not surprising that the Greeks appealed to Russian authorities with a request to soften the embargo at least for Greek oranges, strawberries and peaches - the products that are not common for the Russian Federation (domestic peaches, oranges and strawberries are available only for a few summer weeks).

Spokesman for the Russian president, Dmitry Peskov, said that Russia, as a member of the WTO, can not make an exception for Greece. However, there is a counter-offer "to elaborate the scheme of supplies of raw materials, investments in Russia and the creation of food businesses on the territory of the Russian Federation." In other words, Peskov proposed to develop the processing of European raw materials in Russia, for European money.

Professor of the Department for World Economy at MGIMO, Doctor of Economics Alexei Drynochkin, said in an interview with Pravda.Ru that such proposals must be  viewed as a compromise. Russia can thus receive investment, including in agriculture. In addition, Russia can support the countries that act as its allies - Hungary, for example.

According to Drynochkin, when Russia was deciding on its anti-sanctions, there were no exceptions made whatsoever, not even for Hungary. Yet, now it would be logical to exclude Hungary from the list of anti-sanctions, given the fact that Hungarian products have never been a serious competition to Russian ones.

"In Greek exports, the share of supplies to Russia is a lot higher as opposed to Hungary - over 30% for Greece opposite 10-12% for Hungary," said Alexey Drynochkin.