The notorious Russian politician, Vladimir Zhirinovsky, the leader of the Liberal and Democratic Party of Russia, believes that the USA will launch a military operation against Iran in 2006. Mr. Zhirinovsky released that statement in St.Petersburg at a press conference. 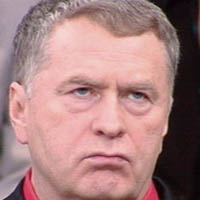 Zhirinovsky believes that the operation will be launched traditionally, with an air strike that is, and then continue on the ground. The politician said that US soldiers would not be able to seize Iran triumphantly like it happened in Iraq, because Iran is a mountainous country. Zhirinovsky emphasized that the armed forces of the countries to be involved in the invasion of Iraq would suffer considerable losses, much larger than those suffered in Iraq.

Vladimir Zhirinovsky believes that the USA is not ready to wage war in Iran. “Their soldiers have been deployed all over the world. The USA does not have enough troops for such a large campaign,” said he.

As usual, Zhirinovsky was quite contradictory in expressing his opinion. On the one hand he is certain that the US administration will launch the invasion this year, but on the other hand he thinks that the USA is not ready for it. The LDPR leader said nothing about the reasons, which made him make such a forecast either.

Zhirinovsky, who has recently celebrated his 60th anniversary, touched upon the issue of relations between Russia , the USA and NATO. He particularly stated that NATO originally intended to split the USSR and make former Soviet republics NATO members to get rid of Russia as a competitor. Zhirinovsky described the process as a “political drug.” “There is the first dose, then another one and another one and finally OD death,” the politician said. The vice-speaker believes that NATO will soon collapse as an international organization: “It will collapse like a collective farm, because there will be no point in uniting such different members.”

Vladimir Zhirinovsky released another surprising statement several days ago in the Kremlin, at the congress of the Liberal and Democratic Party of Russia, which he chairs. Zhirinovsky delivered an extensive report at the meeting and named Russia’s prime enemy. Contrary to all expectations, it was not the USA but Great Britain. “Great Britain has been masterminding anti-Russian actions for a hundred years already. Great Britain is our prime enemy throughout history,” Zhirinovsky said in his political report.

The politician believes that all plots to get the Soviet Union and Russia involved in various wars and conflicts were planned in London. “This is the central idea of my report. Great Britain engaged Russia in the First and the Second World Wars. Hitler was bombing London in 1941, and Churchill was waiting to push him towards the East. The LDPR leader is certain that Mikhail Gorbachev was a product of British special services too, which subsequently resulted in the destruction of a whole state.

Zhirinovsky reminded Britain of the so-called coloured revolutions, which British royal services and the USA organized in Georgia and Ukraine to weaken Russia's positions in the regions. But they do not succeed all the time. They failed in Belarus and Uzbekistan. Things did not go well in Kyrgyzstan either, so we can say the score is 3:2 to us,” Zhirinovsky concluded.

“Our oligarchs found an asylum in London. Terrorist Akhmed Zakayev was also granted a political asylum there. Our country’s enemy, oligarch Boris Berezovsky, is hiding there too. There is a flight route Moscow-London-Moscow. I hate flying this route to that scary gloomy city. As long as the British government and Great Britain exist, they will continue to plot against us,” Vladimir Zhirinovsky said.