Russian Army to be reinvented from head to foot

The decisions of the recent meeting of the Board of the Ministry of Defense of Russia were left almost without media attention. Meanwhile, many of them may well be regarded as sensational. 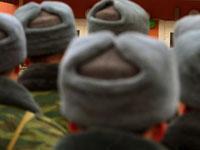 We can start with the fact that the board itself, in spite of many years of history, was held at the end of February, rather than in its traditional time - November. This is understandable if we recall that Anatoly Serdyukov lost his position of the Defense Minister amidst a large scandal. Over the past months, the new Minister Sergei Shoigu was able to clearly identify the main shortcomings and failures in the development of the Armed Forces. Supreme Commander-in-Chief  Vladimir Putin stressed when opening the meeting that "not all of the proposed options for the modernization of the Armed Forces were justifiable." Putin put it very mildly, but at such a high level, these words mean very unsatisfactory work of Shoigu's predecessor.

The General Staff has recently conducted a series of check-ups of groups and units, which have not been checked since the Soviet era. With the exception of  paratroopers, all units and groups proved to be non-operational. In many of them, duty officers failed to bring alarm signals via automatic command and control systems to the troops.

What do the General Staff and the Ministry of Defense propose as primary measures?

According to Minister Shoigu, it was decided to completely refuse from commercial activities and focus on the implementation of relevant tasks. The ministry, Shoigu said, is not a shop, where one can sell something. Relocation was stopped, disbanding military units was ceased too. In this connection, Serdyukov's decision to leave only 192 out of 7,000 military communities was canceled. The process to cut the number of medical military units was stopped as well. They will be handed over to the Federal Medical and Biological Agency; the contingent will be preserved.

There are 70,000 vacant officer positions in the Russian troops today. Existing military educational institutions can prepare only 15,000 a year. A number of well-known military schools will be restored, including the Ryazan Airborne Command School. It is planned to restore divisions instead of brigades and reinstate the institute of warrant officers. As many as 55,000 will come instead of the reduced amount of 110,000, if they can find them, of course.

Together with the efforts of Deputy Prime Minister Dmitry Rogozin to rise the defense industry and the new concept of economic reforms developed by Sergei Glazyev, these steps indicate a fundamental change in the direction of strengthening the statist positions and mean decisive steps away from the rigid liberal model.