Russia: Innovation is the Key to Catching BRIC Colleagues

After President Dmitry Medvedev stated that he was not satisfied with the status quo and that Russia needs to launch a drive towards modernization, investment Tsar Igor Shuvalov promises a “new country” over the coming decade, clearing the way for fresh investment whose knock-on effects will allow Russia to parallel the performance of its fellow BRIC members – Brazil, PR China and India. 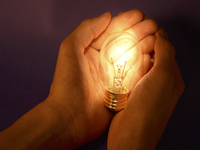 Russia: Innovation is the Key to Catching BRIC Colleagues

First Deputy Prime Minister Igor Shuvalov promises to reduce red tape and fast-track the court system, move the Russian economy forward from dependence on raw materials and tackle corruption as the first measures towards emulating the economic stability of Russia’s partners in BRIC.

Most analysts agree that Russia needs to be more innovative, less bureaucratic, to launch the tech sector with short-, medium and long-term investment programs. As Shuvalov rolls up his sleeves to do precisely this, Russian Finance Minister Aleksei Kudrin declares that at the latest, in three years’ time Russia will be receiving the same levels of investment as before the economic and financial crisis.

Before the crisis, investment into Russia was around 70 bn. USD, falling sharply to 40 bn. USD in 2009. Kudrin promises to reverse this trend by implementing stricter macroeconomic policies.

Russia’s economy is already the subject of favourable forecasts: the International Monetary Fund predicts a growth rate of 3.6 % in 2010, followed by 3.4% in 2011, while the World Bank forecasts 3.2% and 3.0 % respectively. Ernst&Young partner Aleksandr Ivlev declared last week that “we shall most probably see growth in investments in two to three years’ time” while he predicts that the raw materials market will continue to be the most lucrative, but points towards infrastructures, farming and technology as being prime areas for expansion.

Oleg Tsarkov, managing partner for direct investment funds at Svarog Capital, also claims that the farming industry will be the subject of great attention for foreign investors and considers that farming and the retail area “will be the first to recover from the crisis”.

Russia is attractive for foreign investment

For Aleksei Kudrin, “Russia remains a country that is attractive for investors by and large” and like Shuvalov, considers the area of new technologies to be crucial for new investment. He points out that this is the opinion of the President, the Prime Minister Vladimir Putin and of the Russian Government and for that reason there will be additional tax breaks for foreign investors which bring new technologies to Russia.

As Russia takes concrete measures towards guaranteeing more foreign direct investment in the short-term, there can be no doubt that there is enormous potential. Russia’s internal market is big and it creates demand for a myriad of goods from motor vehicles to household appliances.

Russia Today: BRIC will rule the world but not that soon